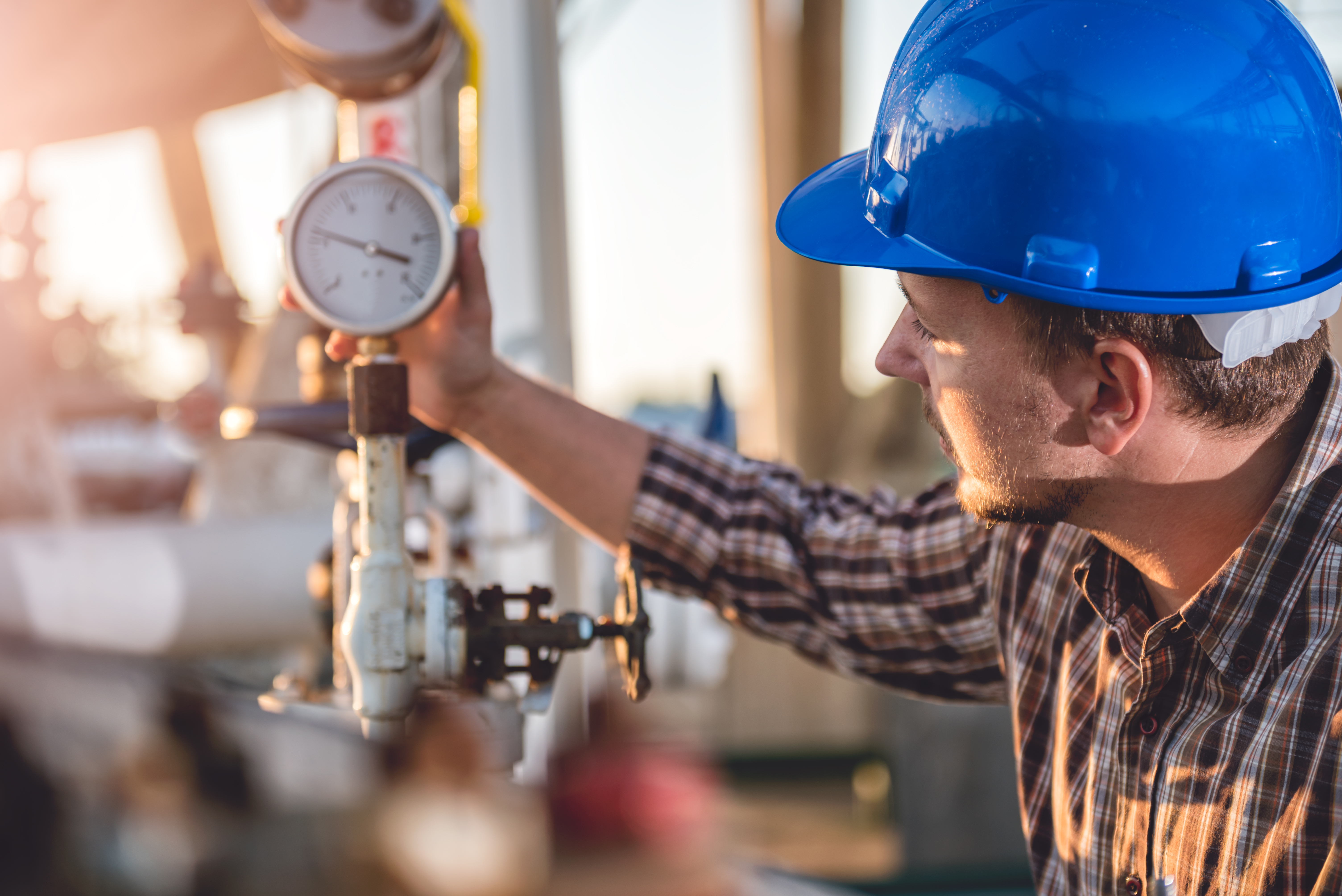 (Bloomberg) — Russia is looking at how to develop a market for hydrogen in Europe, a move that would help maintain demand for one of its primary exports as governments everywhere work to cut pollution.

Gazprom PJSC, the Russian company that’s the dominant exporter of natural gas into Europe, is exploring ways to produce emissions-free hydrogen from its fuel and create a 153 billion-euro ($175 billion) a year market by 2050, according to a presentation executives from the company made in Brussels last month. That would be bigger than the $110 billion value of Europe’s existing natural gas supply last year.

The effort would bring Russia in step with the government of Japan, oil major Royal Dutch Shell Plc and a handful of companies that are promoting fuel cells and hydrogen as an alternative to electricity generation and transportation fed by fossil fuels. With Europe working to make dramatic reductions in greenhouse gas emissions, Russia is looking for ways to make its gas green enough to remain part of the energy mix. Hydrogen is an option because it can be made from natural gas without generating additional emissions.

“It would not do the entire job but a large part of it,” Michael Faltenbacher, a principal consultant at Germany’s Thinkstep AG, which carried out a study for Gazprom, said at the presentation at Gazprom’s offices in Brussels. “We are looking at a major CO2 reduction potential which will come at a financial cost. There is definitely investments related to that but also opportunities for industry and economy.”

Natural gas already is the main raw material used to make hydrogen commercially, and some of the lighter gas is already blended in a small proportion into Europe’s gas pipeline network. What Gazprom is envisioning is gradually boosting the share of hydrogen in those pipelines and then turning its natural gas into hydrogen through green processes that don’t exacerbate global warming.

While several technologies to produce hydrogen including water electrolysis are being developed, Gazprom is investigating one process known as thermal methane pyrolysis. This reaction takes place in a low-temperature, non-equilibrium plasma that’s put under high pressure in a small reactor. The company is trialing the technology in the Siberian town of Tomsk.

“Natural gas from Russia is now the cleanest available for Europe,’’ Maximilian Kuhn, public affairs expert Gazprom Germany, said at a conference in Berlin on Thursday. “Our proposal is to recognize that natural gas is a solution for Germany to achieve its Paris climate target. We could reach the target based on natural gas.’’

With no contact with oxygen, no CO2 is emitted when hydrogen atoms are split off from natural gas. That process makes a stream of pure hydrogen, with carbon dropping out as a solid instead of escaping into the air as CO2. That solid carbon can be used in industries. If wind or solar farms are used to generate energy needed for that process, zero emissions would be used in manufacturing the hydrogen.

“Gas companies are scared and worried as renewable costs are falling, electricity heating is expanding, and European nations are adopting very strong hydrogen policies, potentially making the entire gas infrastructure redundant,” said Claire Curry, an analyst at Bloomberg NEF in New York. “It sounds interesting if they can capture carbon cheaply, but there are challenges. It is unclear if people will want hydrogen in their homes, and that also wouldn’t help Europe become energy independent.”

Gazprom’s vision is to introduce an emissions-free form of hydrogen into its business over the next few decades. That would help Europe to reduce emissions by 62 percent by 2050, a big chunk of the bloc’s commitment to slash pollution 80 percent by that year from 1990 levels. Gazprom is offering three stages, as outlined below.

The first stage in the Gazprom program, already being promoted, envisages switching power plants and vehicles to gas from coal and gasoline, respectively. The next stage would involve building up hydrogen in a mix with natural gas.

Current blend limit of hydrogen into gas grids varies from zero in the U.K. to 12 percent in the Netherlands, according to Thinkstep. A mix with as much as 20 percent of hydrogen could be used on the majority of applications, without challenges or infrastructure changes, according to Gazprom.

A ratio of over 25 percent of hydrogen used in the pipeline networks can lead to lower crack resistance in steel pipes and increases over 30 percent may require adaptation of turbines and compressors, according to Thinkstep.

“Pipelines and regulations would have to be changed to allow a higher ratio of hydrogen used in the system,” Bloomberg NEF’s Curry said.

Gazprom is still considering how the business might evolve from there. It may be more viable to produce hydrogen in Europe and then mix it there with gas arriving from Russia, according to Gazprom experts. Any changes would need careful study by Gazprom’s customers, European regulators and other interested groups.

“Natural gas due to its density would make more sense to transport over long distances and then have the hydrogen production locally,” Thinkstep’s Faltenbacher said.

Russia first presented its active contribution to a CO2-free gas provision to Europe during a workshop in Berlin in August, according to a report on the European Commission’s website, which acknowledged the nation’s perspectives of methane cracking, a technology which could provide emissions-free hydrogen at large scale.

This “could be used as a potential and cost efficient transition pathway for introducing renewable based hydrogen in the longer term,” the report said. “Rules for certifying that the carbon by-product from methane cracking is deposited without being released to the atmosphere as CO2 would yet have to be developed.”

The other main process for making hydrogen from natural gas is known as electrolysis, where an electric charge is introduced into a stream of gas to break those molecules into their constituent parts.

The Russian company might be able to make hydrogen at a cost of 1.14 euros per kilogram by 2050, according to Thinkstep. Hydrogen could be produced today in northern Germany via electrolysis, using curtailed wind and the lower end of wholesale power prices, at 2.21 euros per kilogram, a cost that may fall to 1.77 euros by 2025, according to Bloomberg NEF.

Other global energy companies are also looking at hydrogen. Norway’s Equinor ASA has commissioned a feasibility study for a hydrogen plant in July, while Woodside Petroleum Ltd. has held talks with a Japanese hydrogen supply project led by Chiyoda Corp.

Hydrogen is one of the fuels that Shell is providing. Among its initiatives, Shell is part of a joint venture in Germany which is installing a nationwide network of 400 hydrogen fueling pumps. It has also opened hydrogen refueling sites in California, the U.K. and Canada and has announced the construction of 4 more stations in the Netherlands.

“In terms of hydrogen specifically, as a transport fuel, we think there is great potential to help meet growing demand for transport, while reducing emissions and improving air quality,” Shell said in an emailed response to questions.

(Updates with comment from Gazprom official in seventh paragraph.)

–With assistance from Anna Hirtenstein, Kelly Gilblom and Vanessa Dezem.

To contact the author of this story: Anna Shiryaevskaya in London at ashiryaevska@bloomberg.net

To contact the editor responsible for this story: Reed Landberg at landberg@bloomberg.net, Rob Verdonck

This article was written by Anna Shiryaevskaya from Bloomberg and was legally licensed through the NewsCred publisher network. Please direct all licensing questions to legal@newscred.com.