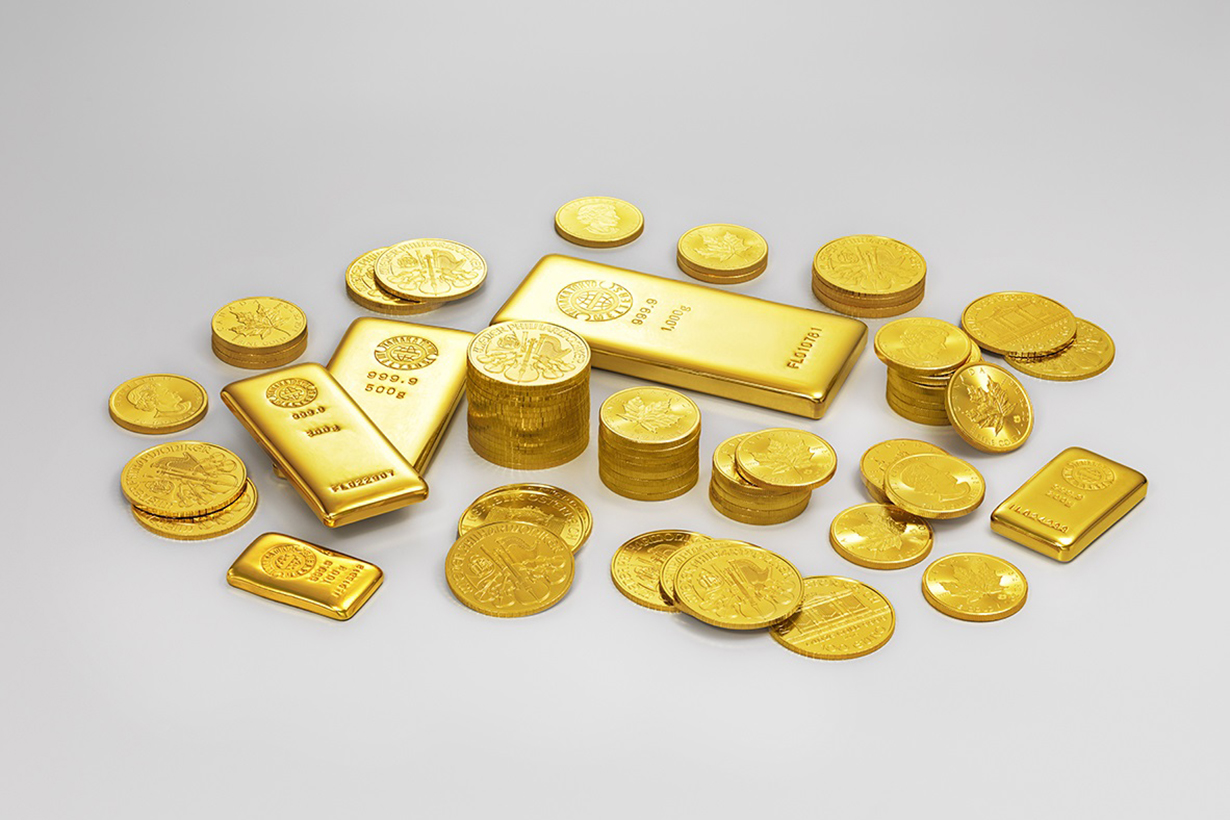 The price of gold soared to a record $2,047 (£1,538) on Aug 5, as investors panicked by fears of a second wave of the coronavirus pandemic rushed to buy the yellow metal as a safer place to store their wealth.

The gold price has risen by 34% since the start of the year, and this week broke through the $2,000 an ounce barrier and kept rising, as investors worry about Covid-19, as well as rising geopolitical tensions and the weakening of the US dollar.

The price of gold has risen to $2,041 an ounce – almost double its value five years ago
Source: Refinitiv

Ruth Crowell, chief executive of the London Bullion Market Association (LBMA), said that in the past week more gold has been traded every day than ever previously recorded – by some distance.

On Thursday 30 July, she said, a total of 89.36m ounces, valued at $174bn, had changed hands. In value terms that was more than 50% higher than the previous record.

In the five trading days to 3 August – the latest figures available – the total volume was 251m ounces, worth $490bn. The gold price has been set at daily auctions at the LBMA in the Royal Exchange since 1919.

Crowell said ordinary consumers were moving their money from banks and the stock market to the precious metal because “gold is something we can all recognise and get our heads around, and that’s not always the case with financial investments”.

“I can think of no clearer demonstration of gold’s role as a store of value than the enthusiasm with which investors across the world have turned to the metal during the unique social and economic turmoil of the past few months. Gold has once again proved to be the safe haven of choice in periods of uncertainty and high volatility.”

Private investors have bought so much gold in recent weeks that gold-based exchange traded fund (ETFs) – that anyone can buy into and trade like company shares – now collectively hold almost as many gold bars as the US government does in Fort Knox.

One single ETF, SPDR Gold Shares, bought 15 tonnes of gold on Monday and Tuesday this week, taking its total holdings – secured in HSBC’s London vaults – to 1,258 tonnes. That holding is more than four times as much as the Bank of England has in its reserves.

The SPDR ETF, which is a partnership between the World Gold Council industry body and the Boston-based bank State Street, has given its investors a 33% return this year compared with double-digit declines suffered by many global stock markets.

In total, ETFs hold 3,800 tonnes of gold worth about $2.4tn – getting close to the 4,581 tonnes held by the US mint in Fort Knox, according to World Gold Council research. The US government holds total gold reserves of 8,130 tonnes, making it by far the largest holder.

Juan Carlos Artigas, head of research at the World Gold Council, said the price of gold had been driven higher by panic over the coronavirus pandemic and investors looking at different assets as interest rates remain stuck at record lows.

“In times of uncertainty people head to gold, and this is a very uncertain time,” he said. “Interest rates are so low, that if you put your money in the bank it earns you next to nothing or potentially the bank even charges you to look after it.”

Artigas said the advent of ETF funds had helped drive the gold price higher. “Everyone who’s worried or uncertain can buy gold now,” he said. Most of the demand for gold ETFs was coming from private investors in North America or Europe, he said, while people in Asia and Africa often like to buy physical gold bars.

Debra Thomson, sales director at gold vault company IBV, said more members of the global super-rich had been buying space in the firm’s vault to store gold bars and coins. “We are seeing more and more people who want to control their assets,” she said. “Putting the physical metal into a safety deposit box means that your future is in your hands – it’s not up to some broker.”

Giles Coghlan, chief currency analyst at trading firm HYCM, said: “2020 will be known as the year of the gold rush.

“We know that investors rally to gold in times of uncertainty. The reason for this is simple – gold is a safe haven asset that is able to maintain, and indeed increase, its value during volatile periods.”

Coghlan said the 34% rise in the gold price since January was an “astounding performance” and people were “questioning just how high the price of gold will go”. “Momentum and confidence is high, and I get the impression that people are keen to see how how the price of gold can go,” he said.

While the gold price has hit a record high in dollar terms, if you take into account inflation it is not quite at the level seen in January 1980 recession, when it hit $2,800 in today’s money according to the World Gold Council.

However, analysts at Bank of America Merrill Lynch predict that the price could reach $3,000 an ounce by early 2022.

Jim Rickards, a US financial pundit and gold speculator, reckons that gold could even hit $15,000 by 2025. “If you’re going to have a gold standard or even use gold as a reference point for money, if you need to restore confidence in the dollar, the implied non-deflationary price is $15,000 an ounce,” he said in an interview with Kitco, a news service dedicated to the gold price. “Between now and then, there’s going to be a lot of money that’s going to be printed, so who knows where the price of gold has to end up by the time we finish all the money printing?”

This article was written by Rupert Neate Wealth correspondent from The Guardian and was legally licensed through the Industry Dive publisher network. Please direct all licensing questions to legal@industrydive.com.