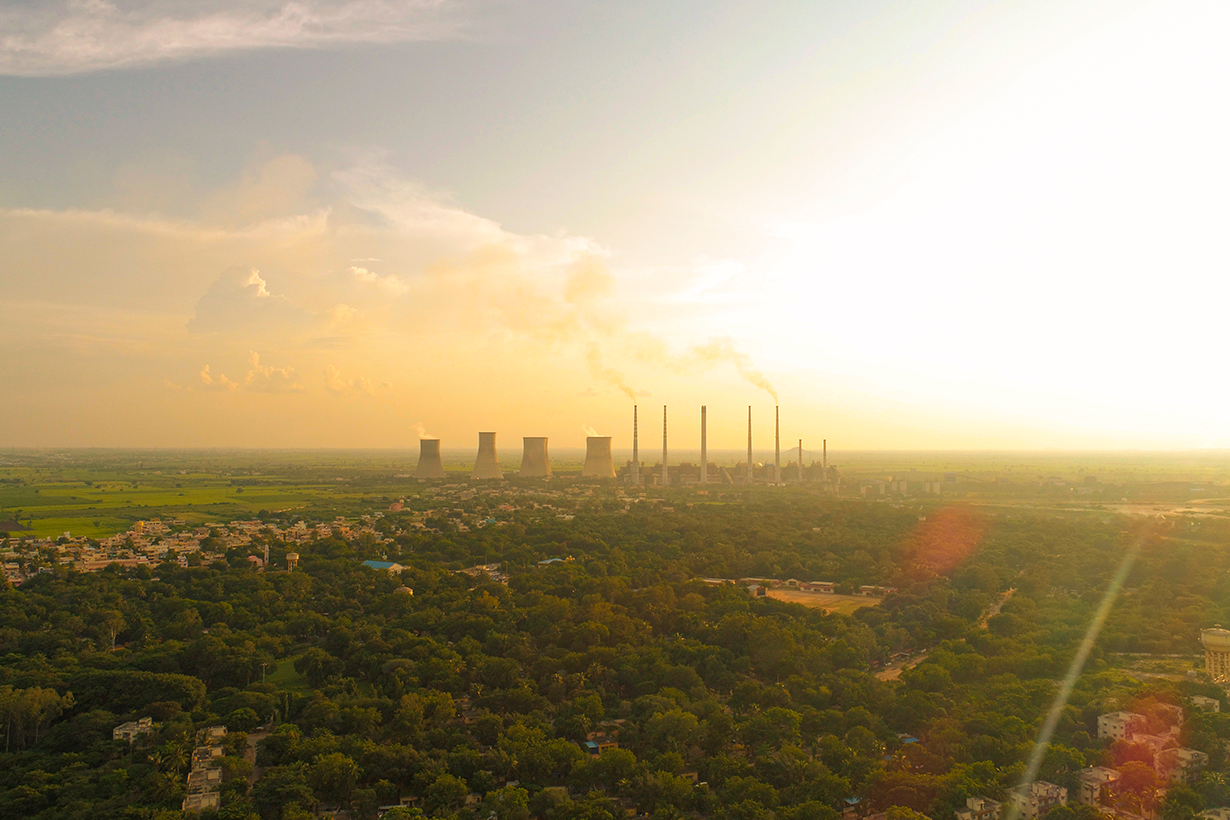 Engineers at the University of Cincinnati are developing new ways to convert greenhouse gases to fuel to address climate change and get astronauts home from Mars.

UC College of Engineering and Applied Science assistant professor Jingjie Wu and his students used a carbon catalyst in a reactor to convert carbon dioxide into methane. Known as the “Sabatier reaction” from the late French chemist Paul Sabatier, it’s a process the International Space Station uses to scrub the carbon dioxide from air the astronauts breathe and generate rocket fuel to keep the station in high orbit. 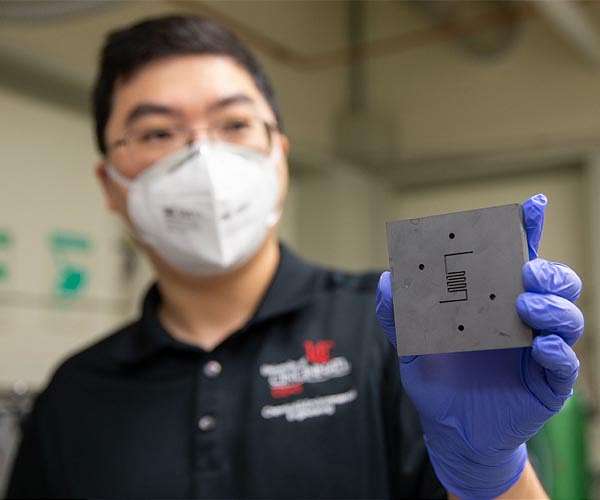 UC chemical engineer Jingjie Wu holds up the reactor where a catalyst converts carbon dioxide into methane. UC’s research makes him optimistic that scientists will be able to remove carbon dioxide from the atmosphere. Photo/Andrew Higley/UC Creative + Brand

But Wu is thinking much bigger.

The Martian atmosphere is composed almost entirely of carbon dioxide. Astronauts could save half the fuel they need for a return trip home by making what they need on the red planet once they arrive, Wu said.

“It’s like a gas station on Mars. You could easily pump carbon dioxide through this reactor and produce methane for a rocket,” Wu said.

UC’s study was published in the journal Nature Communications with collaborators from Rice University, Shanghai University and East China University of Science and Technology.

“I realized that greenhouse gases were going to be a big issue in society,” Wu said. “A lot of countries realized that carbon dioxide is a big issue for the sustainable development of our society. That’s why I think we need to achieve carbon neutrality.”

The Biden Administration has set a goal of achieving a 50% reduction in greenhouse gas pollutants by 2030 and an economy that relies on renewable energy by 2050.

“That means we’ll have to recycle carbon dioxide,” Wu said.

Wu and his students, including lead author and UC doctoral candidate Tianyu Zhang, are experimenting with different catalysts such as graphene quantum dots – layers of carbon just nanometers big – that can increase the yield of methane.

Wu said the process holds promise to help mitigate climate change. But it also has a big commercial advantage in producing fuel as a byproduct.

“The process is 100 times more productive than it was just 10 years ago. So you can imagine that progress will come faster and faster,” Wu said. “In the next 10 years, we’ll have a lot of startup companies to commercialize this technique.”

Wu’s students are using different catalysts to produce not only methane but ethylene. Called the world’s most important chemical, ethylene is used in the manufacture of plastics, rubber, synthetic clothing and other products.

“Green energy will be very important. In the future, it will represent a huge market. So I wanted to work on it,” Zhang said.

Synthesizing fuel from carbon dioxide becomes even more commercially viable when coupled with renewable energy such as solar or wind power, Wu said.

“Right now we have excess green energy that we just throw away. We can store this excess renewable energy in chemicals,” he said.

The process is scalable for use in power plants that can generate tons of carbon dioxide. And it’s efficient since the conversion can take place right where excess carbon dioxide is produced.

Wu said advances in fuel production from carbon dioxide make him more confident that humans will set foot on Mars in his lifetime.

“Right now if you want to come back from Mars, you would need to bring twice as much fuel, which is very heavy,” he said. “And in the future, you’ll need other fuels. So we can produce methanol from carbon dioxide and use them to produce other downstream materials. Then maybe one day we could live on Mars.”