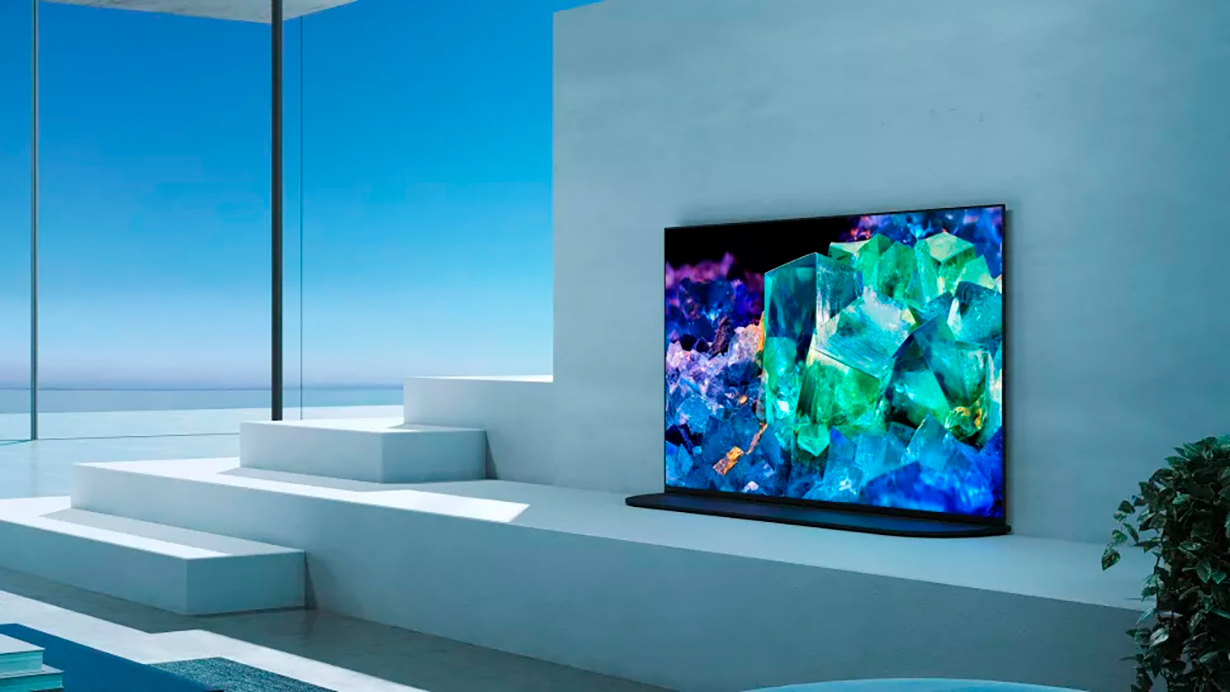 If you’ve been eyeing up a new OLED TV to buy this year, and for good reason, you might want to hold fire. That’s because of QD-OLED panel tech, which is officially coming to market in 2022.

At CES 2022, we saw a handful of devices sporting QD-OLED panels promising the superior picture to the best OLED TVs currently available.

But what is QD-OLED? QD-OLED stands for quantum dot organic light-emitting diode. We’ve seen the latter part, OLED, before; self-lit diodes enable deeper shades of black, richer colors and contrast compared to LCD displays, making OLED TVs some of the best TVs around.

We’ve also seen quantum dot tech before. Samsung uses it in its QLED TVs, for example. Quantum dot panels place a layer of nanoparticles (in this case, tiny crystal semiconductors) in front of an LED backlight to increase the color gamut on an LCD display by up to 50%. You’ll get increased color control and brightness from a quantum dot displays, too.

This is all thanks to the quantum dot layer working with a blue light source rather than a white backlight. Blue light has more adaptable light energy than white light, creating a wider color gamut. Display brightness is also improved when passive color filters are removed — light lost due to filtering is reduced.

In short, quantum dot TVs are some of the best around. But things get even better when quantum dot technology is applied to an OLED display.

The pros of OLED without the cons 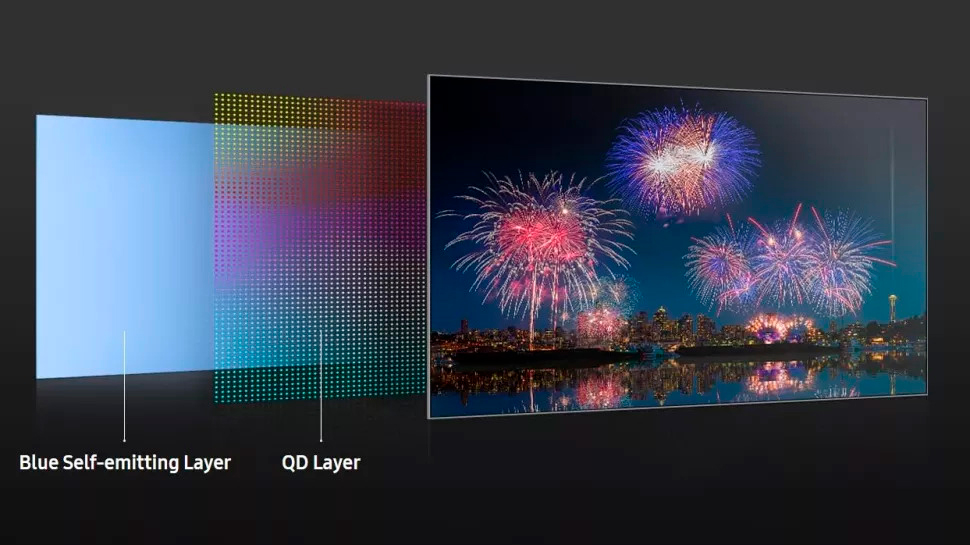 Despite the light-emitting nature of OLED pixels, OLED panels can’t get as bright as their LCD counterparts by themselves. They need help from a white OLED sub-pixel to boost the red, green and blue (RGB) OLED pixels; this is one of the reasons that LG Display’s OLED panels are actually referred to as WRGB OLED, with the W standing for white, rather than true RGB panels. The white layer can only support so much brightness before sacrificing color accuracy, though.

By adding a quantum dot layer, QD-OLEDs can replace the white sub-pixel OLED with an entirely blue OLED panel. The quantum dots, which get into a higher state of energetic excitement and release light when hit by a specific light frequency, take care of the red and green colors. In short, this means there’s no need for additional color filtering and brightness of a QD-OLED display can be boosted higher than that of traditional OLED panels without yielding color. 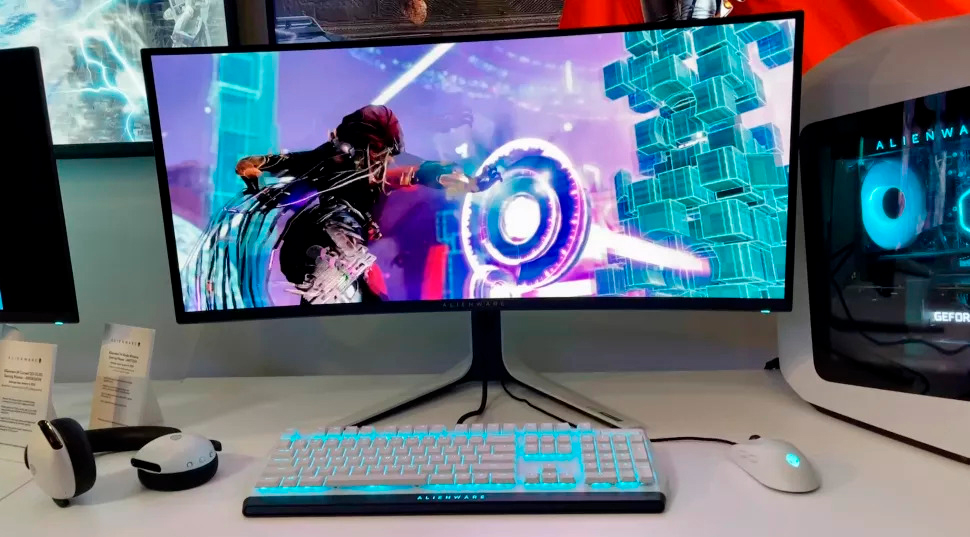 It would be easy to dismiss QD-OLED’s hype as hyperbole, or a minor improvement to OLED TVs that the average viewer might not notice. But when Tom’s Guide saw a QD-OLED display with our own eyes, we were blown away.

We were given a look at the Alienware 34 Curved QD-OLED, announced during CES 2022. And it’s simply fantastic; our global editor-in-chief Mark Spoonauer marveled at the display’s eye-popping colors and excellent viewing angles. 1000 nits of peak brightness and factory-calibrated colors didn’t hurt, either.

Throughout this year we should see more QD-OLED TVs and displays. Samsung is working with Sony to make the latter’s new 4K Bravia XR A95K. Though Samsung is focusing on micro-LED and Neo QLED TVs, we know the company is working towards a consumer QD-OLED TV of its own.

We hope that’s the case, as any QD-OLED TVs and displays that come out this year are likely to be expensive. That’s the standard way of things with all new screen tech. But as more manufacturers adopt the technology the price tends to be driven down, which is why OLED TVs are now more affordable than ever.

Nevertheless, with QD-OLED looking very impressive in the metal and glass, as well as answering common concerns with standard OLED displays, it looks like QD-OLED could be the screen tech of 2022.

This article was written by Roland Moore-Colyer from Tom’s Guide and was legally licensed through the Industry Dive publisher network. Please direct all licensing questions to legal@industrydive.com.