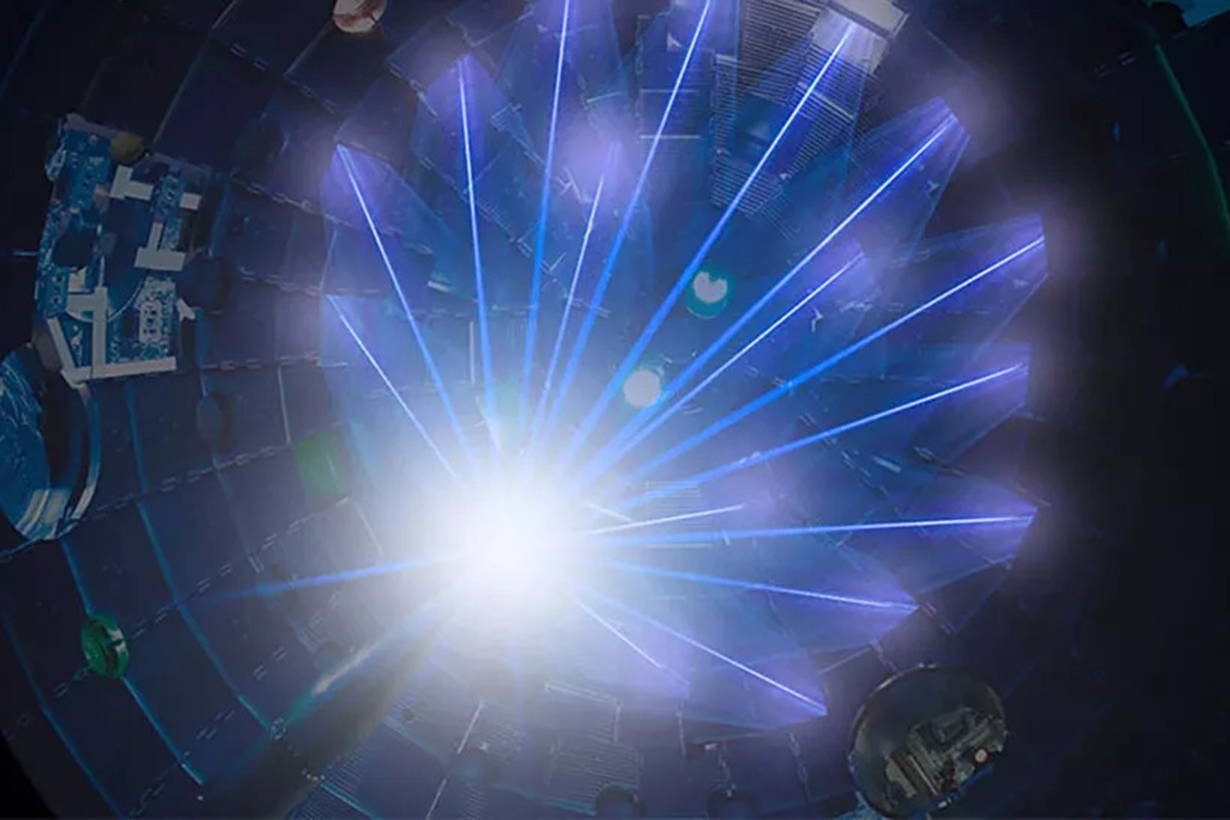 Scientists and engineers at the Lawrence Livermoore National Laboratory say they successfully created burning plasma in a laboratory that briefly sustained itself by the heat of its own nuclear fusion reactions – a key milestone on the road to harnessing functional fusion energy.

The researchers used the world’s most energetic laser at the lab’s National Ignition Facility (NIF) to heat up a BB-sized hydrogen isotope to many times the temperature at the very core of the Sun. This created the pressure necessary to trigger the fusion process in the hydrogen, which then heated the material of its own accord by a significant fraction of a megajoule without the aid of other sources of heat.

The researchers unveiled their work in an article in this week’s Nature, penned by LLNL physicist Alex Zylstra and Omar Hurricane.

“A burning plasma is one in which the fusion reactions heat the fuel more than the initial heating we did to get the burn started,” Zylstra explained to TechRadar. “We first produced this state in experiments conducted between November 2020 and February 2021, as reported in this paper; these experiments produced up to 0.17 megajoules of fusion energy.”

The end goal of this work, and the reason for the NIF site itself, is to create a fusion reaction strong enough to become self-sustaining. It requires an enormous amount of outside energy to induce fusion, where two hydrogens atoms are smooshed together, releasing vast amounts of energy. And in order for it to truly work as a fuel, fusion needs to release more energy than was used to trigger the initial fusion spark.

Once the spark is lit, every fusion reaction produces enough energy to keep the process going, inducing fusion in neighboring hydrogen atoms which release energy as well in an exponentially growing fashion.

That 0.17-megajoule burst isn’t even 10% of what is needed to ignite sustained nuclear fusion, but it’s 10% more energy than LLNL lasers had to begin with.

“This is important because it means that we can now leverage the fusion’s self-heating to substantially increase the amount of energy generated with further improvements, and this was what was shown on a subsequent experiment in August 2021 that produced 1.3 megajoules of energy,” Zylstra told us. “Ignition is a milestone that is harder than a burning plasma, it is when the fusion self-heating can overpower physical mechanisms that cause the fuel to lose energy.”

Analysis: Okay, but when are we getting fusion reactors?

Despite the mind-blowing achievement and a decade or more of research at NIF, it will take a while before nuclear fusion starts powering the world.

“A scientific demonstration of fusion ignition is perhaps comparable to the Wright brother’s plane,” Zylstra told TechRadar. “But then it’s still very challenging to go from that accomplishment to a modern jet airplane that you can buy tickets for a transcontinental flight on.”

Right now, researchers are more in the proof-of-concept phase of things and are attempting to determine if useful nuclear fusion is even possible given the state of our technology.

Once all of these steps have been verified, it will be up to other scientists and engineers to figure out how best to harness this new technology. But if it works, this research will change our lives — and that’s science fact, not fiction.

This article was written by John Loeffler from TechRadar and was legally licensed through the Industry Dive Content Marketplace. Please direct all licensing questions to legal@industrydive.com.