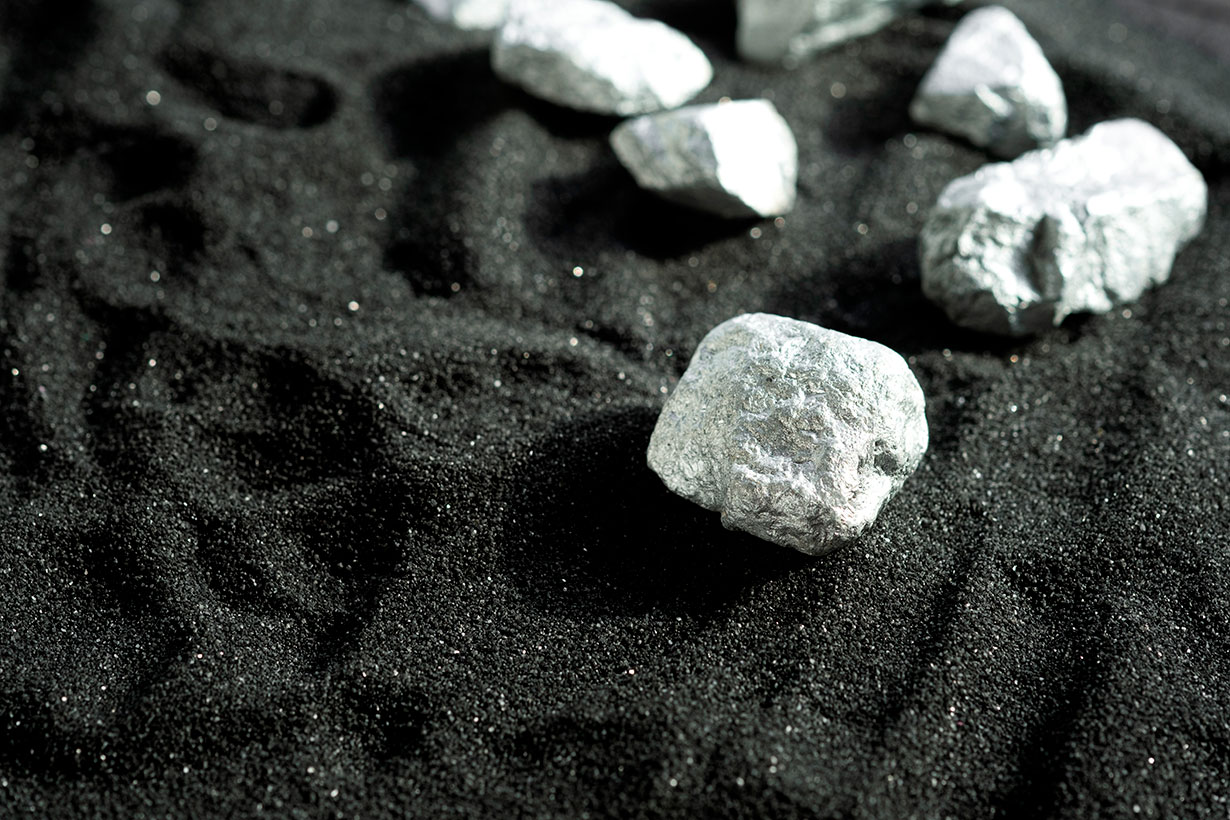 Researchers have devised a method for combining high-cost platinum and a low-cost rare earth element, lanthanum, as an alloy to serve as a catalyst in the next generation of fuel cells that will improve their performance and slash their cost. The development should make it easier to decarbonize those heavy transport vehicles that are less amenable to the use of batteries to power them.

Batteries may have won the battle against hydrogen fuel cells for cleanly powering cars, but a number of other forms of transportation find it difficult to swap out internal combustion engines for batteries due to a range of obstacles such as the weight and volume of batteries that would be required for the sort of services they deliver. This is particularly true for heavy transport such as shipping, aviation and long-haul trucking. In these cases, most transport analysts suggest that they are likely to depend on some sort of clean fuel instead.

A fuel cell is able to power vehicles and other machines by turning the chemical energy of hydrogen into electricity, with the only other outputs being water and heat. Up until now, the type of fuel cell most commonly used in a number of devices, from satellites to the Space Shuttle, has been the alkaline fuel cell, whose invention dates back almost a century. The next generation is more likely to look something like Polymer Electrolyte Membrane Fuel Cell, which also uses hydrogen to produce electricity, but it is much more compact, making it especially attractive for heavy transport vehicles. 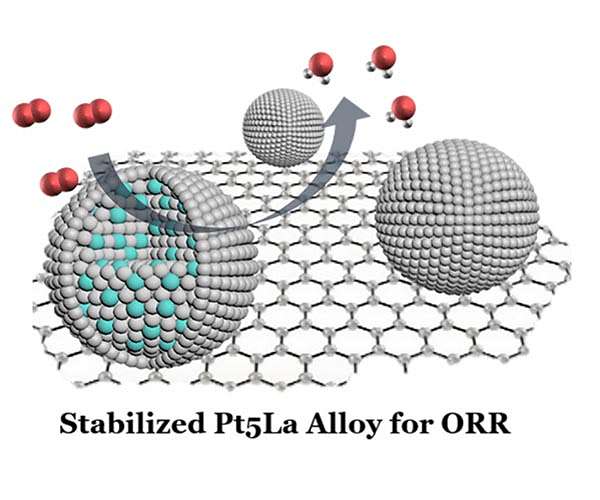 Key to making such electrochemical reactions more efficient-and thus reduce the cost of fuel cells to make them more competitive with using fossil fuels-is finding better catalysts, materials that speed up those reactions.

Unfortunately, of all these ‘electrocatalysts’ that make the key chemical reaction involved (the oxygen reduction reaction, or ORR) possible, platinum is by far the best. And platinum, a rare metal, is not cheap. For PEMFCs in particular, the incredibly high cost of platinum has been a major barrier to their adoption. Rapid degradation after a relatively small number of cycles of use of this already expensive electrocatalyst in the highly corrosive PEMFC environment has only made the situation worse.

“So the hunt is on for an electrocatalyst that is low-cost, more resistant to degradation and thus stable over longer periods of time, while also delivering impressive current density-in other words the amount of electrical current per unit of volume,” said Siyuan Zhu, one of the authors of the paper and an electrochemist with the Changchun Institute of Applied Chemistry at the Chinese Academy of Sciences, “and so enabling us to keep the promise of the compactness of PEMFCs.”

The main option that has been under consideration for cost reduction is by ‘diluting’ the amount of platinum needed as an electrocatalyst by alloying it with other, cheaper metals that can assist or even enhance platinum’s catalytic properties.

Late transition metals have however proven not to be immune to dissolution in the harsh, corrosive PEMFC environment. This not only results in steady declines in performance, but the dissolved metal further reacts with byproducts of the oxygen reduction reaction, causing uncontrollable damage to the entire system.

Amongst the early transition metals, one group has so far been overlooked: the rare earth elements (REEs). Despite the name, REEs are actually quite common in the Earth’s crust, and they can contribute substantially to the electrochemical activity of catalysts. So the problem so far in exploring REEs as possible alloy partners for platinum has not come from cost, but instead their poor conductivity and solubility in acidic media. In principle, both of these problems can be overcome by using synthetic methods for production of a platinum-REE alloy, but up to now, there have few reports of any feasible synthetic methods.

So the researchers devised one for the preparation of an alloy between platinum and the REE lanthanum.

The technique involves only two simple steps. First, the researchers obtained readily available lanthanum salts and trimesic acid, and these two precursor materials then self-assembled themselves into nano-scale ‘rods’. These nanorods were then impregnated with platinum at 900 C. This very high temperature is necessary to ensure a smooth process of alloying the two metals.

The resultant platinum-lanthanum nanoparticles were then stress-tested for their performance in a fuel cell. The alloy electrocatalyst surpassed the researchers’ expectations, delivering superior stability and activity even after 30,000 fuel-cell cycles.

With the success of lanthanum as an alloy partner for platinum having been demonstrated, the researchers now want to try other rare earth elements to alloy with platinum to see if they can beat lanthanum’s electrocatalytic performance.