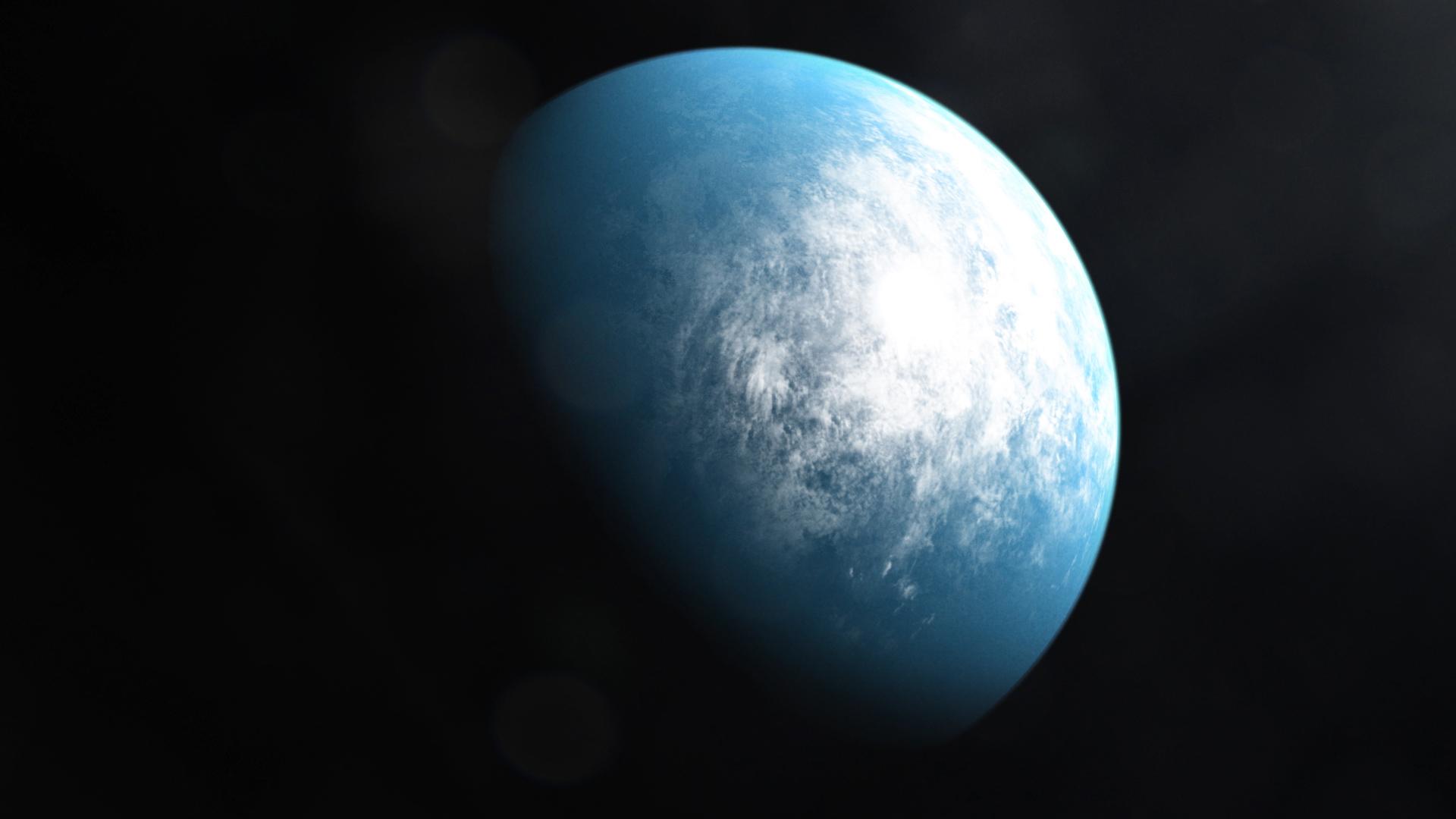 If you ask astronomers how many planets in the universe harbor life, they will likely say there are only two possible answers: one or infinity. We can rule out zero, thanks to the decidedly alive Earth, which means that so far one is the answer. But if we discover another, the answer jumps straight past two to infinity. The reason: You can posit a universe in which the confluence of factors that made life possible here are so complex that the right roll of the dice could statistically happen only once. But if it can happen more than once, why should there be any limit? (Actually, something could be so rare in nature that it happens only two or three times, but the overall zero-one-infinity idea originated with theologians debating atheism, monotheism and infinite polytheism, and planetary scientists just kind of liked it and claimed it as their own.)

Humans have always hoped for infinity, since it would be an awfully lonely universe if we’re the only planet with its porch light on. And with the recent explosion in the discovery of exoplanets (planets orbiting other stars), astronomers now believe that virtually every star in the Milky Way is circled by at least one planet. There are up to 250 billion stars in our galaxy and about 100 billion other galaxies out there—trillions upon trillions of places life could be thriving.

In their search for such worlds, astronomers focus their energy on Earth-like, rocky planets, with atmosphere, water and an orbit that places them in the so-called habitable zone, where temperatures are just right for the water to exist in liquid form. Last week, NASA announced a jackpot: an Earth-sized world in the habitable zone of a hospitable star, just 100 light years from here. The star is known as TOI 700 and the planet is TOI 700 d, the outermost of a litter of three planets. TOI 700 is a red dwarf, a class of stars smaller and cooler than our sun, which were at first thought of as poor candidates for nurturing life, due to their relatively low temperature. But the fact is, as long as the planets orbit close enough to the hearth of the star, they get plenty of light and warmth—and TOI 700 d does.

It was the Transiting Exoplanet Survey Satellite (TESS) that discovered the star, and the Spitzer Space Telescope that took its environmental and chemical measures. TESS uses four on-board telescopes to look for the slight dimming in the light of a star when an orbiting planet passes in front of it. Spitzer makes its observations principally in the infrared spectrum, which is an indicator of heat that can, in turn, yield a lot of data on composition and chemistry.

TOI 700’s other two planets orbit too close to the star’s fires for water not to boil away. But TOI 700 D, which is about 20% larger than Earth, orbits its sun at a distance of about 15 million miles—that’s far closer than Earth’s 93 million miles from the sun, but given the lower temperature of a red dwarf, the planet receives roughly 86% of the stellar warmth Earth does.

Computer models for conditions on TOI 700 D based on that suggest the planet is tidally locked, meaning it keeps the same face turned toward its sun all the time. But an atmosphere could nonetheless help distribute heat to the dark side, and temperatures would certainly be comfortable in the border regions between light and shadow. In one model, the planet is watery, with an atmosphere that is principally carbon dioxide—similar to ancient Mars before it lost its atmosphere and water. In another, the planet is dry and cloudless. Overall, researchers modeled 20 different versions of TOI 700 d, any one—or none—of which could be correct.

That very wealth of possibilities is a statement both of our imagination and our ignorance: we can gather the data we need to imagine more than a dozen and a half plausible versions of the same planet—but don’t have enough data to say which, if any, is correct. And as for the possible existence of life there? We can’t even guess. But exoplanet science is a brand new game. It was only in 1992 that the first exoplanet was discovered. At this point, we’ve not even moved past the training-wheels stage of studying them. If TOI 700 d proves anything though, it’s that there may be extraordinary potential on an extraordinary number of worlds. If you’re a betting person trying to answer that astronomers’ multiple-choice question, consider putting your money on infinity.

A version of this article was originally published in TIME’s Space newsletter. Click here to sign up to receive these stories early.

This article was written by Jeffrey Kluger from TIME and was legally licensed through the NewsCred publisher network. Please direct all licensing questions to legal@newscred.com.