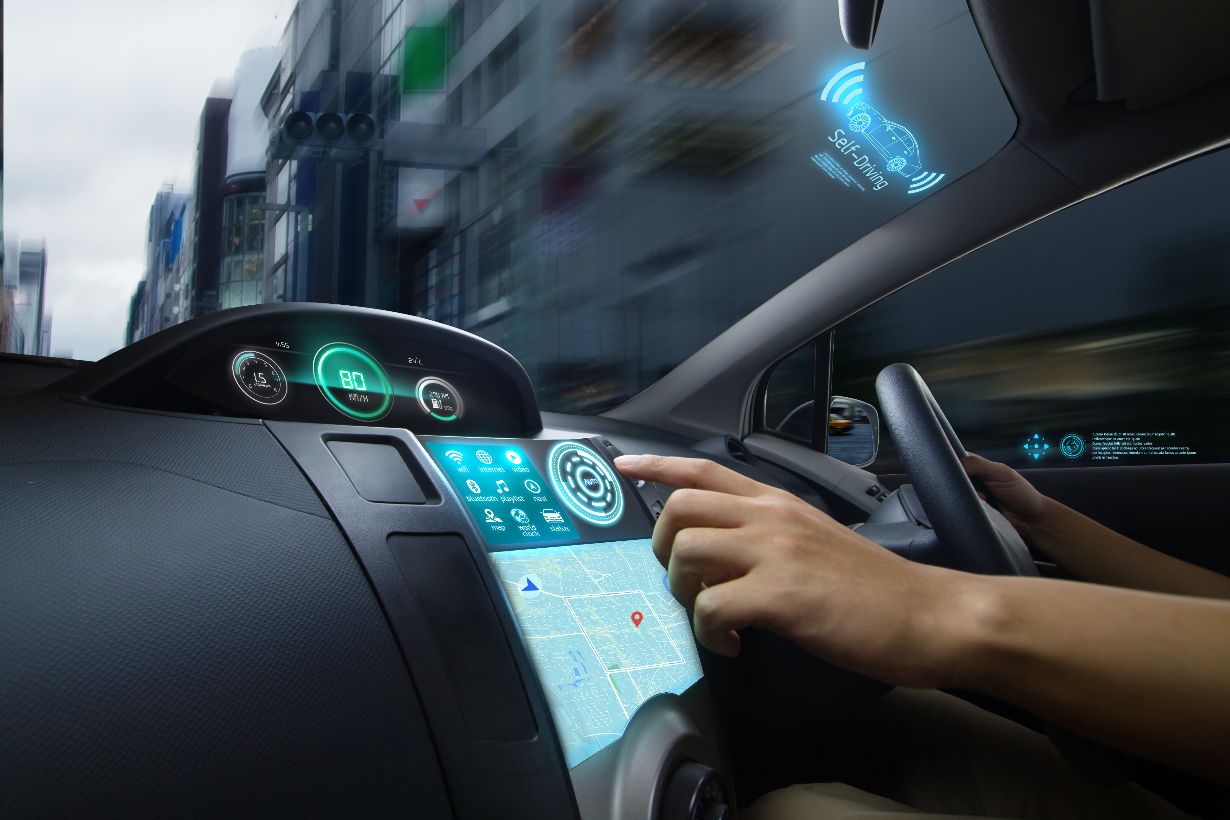 Who hasn’t found their attention straying behind the wheel? Modern life is riddled with distractions that fight tooth and nail for our attention – whether it’s noisy children, garish adverts, tiredness, traffic cameras, personal pressures, endless to-do lists or those digital devices and social media notifications that we forgot to switch to silent. We always seem to be spreading our attention too thinly or are exhausted from having to think 10 different thoughts.

Driver distraction is a major cause of road traffic accidents. According to the UK’s Department for Transport, driver or rider error or reaction (failing to look properly, loss of control and poor manoeuvring) was cited as a contributory factor in 63% of fatalities in reported road accidents in 2018.

This is one reason why the focus of vehicle safety design has shifted in recent years. Whereas in the past it was about applying materials and design to mitigate damage to occupants in crashes, it’s now about using the latest technology to prevent accidents happening in the first place. In short, it’s about cars that can take control when you have lost it.

Related: Back to the future: why are we opting for nostalgic pop culture?

The shift in emphasis is often referred to as a switch from passive safety systems to active safety systems. Indeed, when it comes to cars, making things safer is one of the main drivers of tech developments. Advanced driver-assistance systems (ADAS) can aid concentration and alertness and encompass features including automated braking that relies on technologies such as radar, cameras and lasers. “ADAS has been a step change,” says Andrew Morris of Loughborough University’s Transport Safety Research Centre. “There was a consensus that human fallibility is hard to eradicate and that all passive systems can do is reduce damage. At that point, the focus shifted to prevention. New technology offers solutions in the shape of sensing and automation, which is a better philosophy because it also protects vulnerable road users like pedestrians and cyclists.”

Japanese carmaker Subaru has been at the forefront in the development of ADAS since 2013, when it introduced its “second pair of eyes”, the EyeSight system. This uses two sophisticated colour cameras mounted inside the car on the upper edge of the windshield above the rearview mirror. The system is capable of processing accurate stereo images to identify vehicles travelling in front, as well as obstacles, traffic lanes and other objects such as pedestrians.

Using images generated by the cameras, EyeSight can run a suite of six ADAS:

In two 2018 pan-European safety-focused surveys of European Subaru drivers with EyeSight-equipped models (a total of 3,440 owners), 31% said EyeSight had already prevented accidents and 94% said they felt safer when driving thanks to the technology.

As with all the company’s core safety tech, EyeSight is continually evolving. For example, the Forester e-BOXER and Levorg now feature the EyeSight assist monitor, which provides a heads-up display of EyeSight system warnings for drivers to see more clearly.

EyeSight is fitted as standard to all Subaru models, save the BRZ sports car. In 2019, the Forester e-BOXER achieved the maximum five-star Euro NCAP rating for safety and was declared “Best in Class 2019 in the Small Off-road/MPV Class”.

Other Subaru safety systems include its Driver Monitoring System, which can detect the driver’s eyes closing or looking away for an extended period of time and trigger audio and visual warnings. This could be a potential lifesaver given that, according to Thatcham research centre, at least one fatal sleep-related crash occurs every day in the UK. Subaru’s Driver Monitoring System won the Technology Award at the 2020 What Car? Awards. What Car? praised the system, calling it “the most advanced of its kind”. In the tests, it proved to be more accurate at identifying when concentration was lost, compared with other manufacturer systems.

Reverse Automatic Braking (RAB) and Subaru Rear Vehicle Detection also use sensors to spot potential objects behind the vehicle or in blind spots and RAB can even apply the brakes to avoid a collision.

The efficacy of these kinds of active safety systems across the car industry is backed up by research from the Society of Motor Manufacturers and Traders, which estimates that ADAS systems helped to drive down the number of road accidents in the UK by 10% over a five year period.

While driver distraction can be lethal, education and legislation – like the law banning handling a mobile phone – can only go so far.

“Distraction can be seen as the inherent demand of the task and [also] the motivation to engage with it. Car manufacturers can deal with the first but not the second, which is the property of the individual,” explains Prof Gary Burnett, chair of transport human factors, Human Factors Research Group at Nottingham University. “You can’t eliminate distraction completely but moderating behaviour through sensible design has to be a sensible way forward. It’s about minimising it by exploiting further technological refinements in the shape of features like effective heads-up displays and efficient voice recognition and activation systems. There will always be distraction in a car, there are always external demands on the driver and it’s impossible to eliminate them until cars are wholly autonomous.”

Full autonomy is some way off but, as of 2022, new safety technologies will become mandatory in cars and vans under EU law and are likely to be adopted in the UK – specifically lane-keeping assistance and advanced emergency braking. This will contribute to the long-term goal dubbed “Vision Zero”, of moving close to zero fatalities and serious injuries.

But is eradicating all accidents possible through technology?

“It’s very aspirational certainly and hard to achieve in the foreseeable future,” admits Morris. “However it’s a sound concept, a safe-system approach, which says if an accident happens for whatever reason we blame the system rather than the driver. And these systems will definitely become more effective as they are refined.”

Safety matters
Your world matters to us. It’s why we build every Subaru with you in mind, offering the very best protection for you and your family with our award-winning safety credentials. See what sets Subaru apart at subaru.co.uk

This article was written by Mike Pattenden from The Guardian and was legally licensed through the NewsCred publisher network. Please direct all licensing questions to legal@newscred.com.