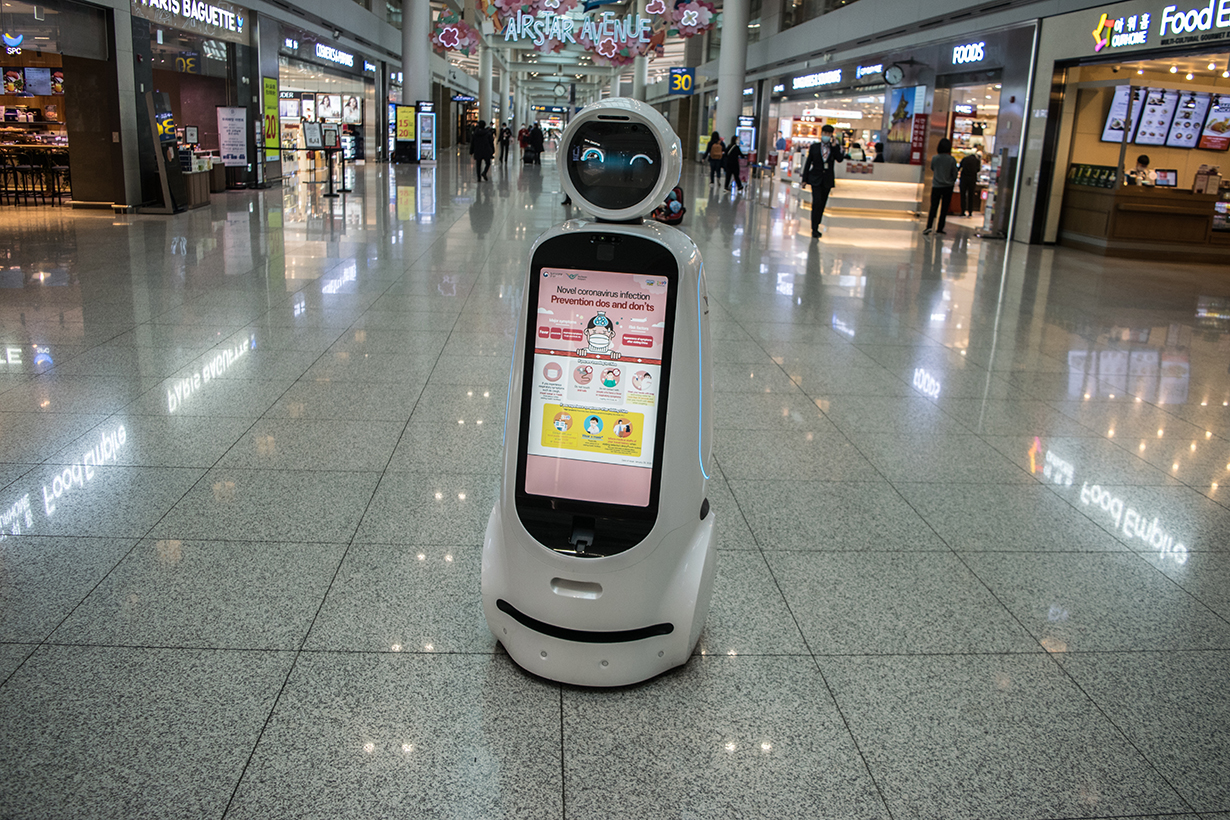 Singapore park-goers have been reminded of their social distancing obligations by Boston Dynamics’ yellow “dog”. The robot hound is equipped with numerous cameras and sensors, which it can use to detect transgressors and broadcast pre-recorded warnings. The authorities have reassured locals it is not a quadruped data-collection device.

In Milton Keynes a recently expanded fleet of six-wheeled robots has been delivering food and small supermarket shopping consignments to hungry residents. The town’s large network of cycle paths makes it ideally suited to the knee-high machines, which trundle along at a top speed of 4mph. The company has been waiving its delivery charge for NHS workers during the crisis.

These Danish UV disinfection robots are being rolled out in Chinese hospitals. The machines deploy powerful UV lights, which destroy the DNA or RNA of any microorganisms in range. This effect of UV is well known but is dangerous to use if humans are nearby. However, the robots are able to learn the layout of hospitals and go about their work autonomously when medical staff aren’t present.

The UN has equipped Rwanda with five anti-epidemic robots made by Belgian company Zora Bots to help against the country’s battle with coronavirus. The robots can screen a patient’s temperature, identify people not wearing masks and monitor abnormalities in how patients sound or look. They can also be used to deliver medicine and other essentials to the infected.

In Japan, OhmniLabs’ Newme robots have been used to replace quarantined students who were unavailable to attend their graduation ceremonies. The “telepresence” robots, which had a computer tablet for a head, were draped in an academic gown and each student made a Zoom call to “receive” their degree from a university official. A similar ceremony, using robots built by students, has been held in Nanjing, China.

This article was written by Ian Tucker from The Guardian and was legally licensed through the NewsCred publisher network. Please direct all licensing questions to legal@newscred.com.