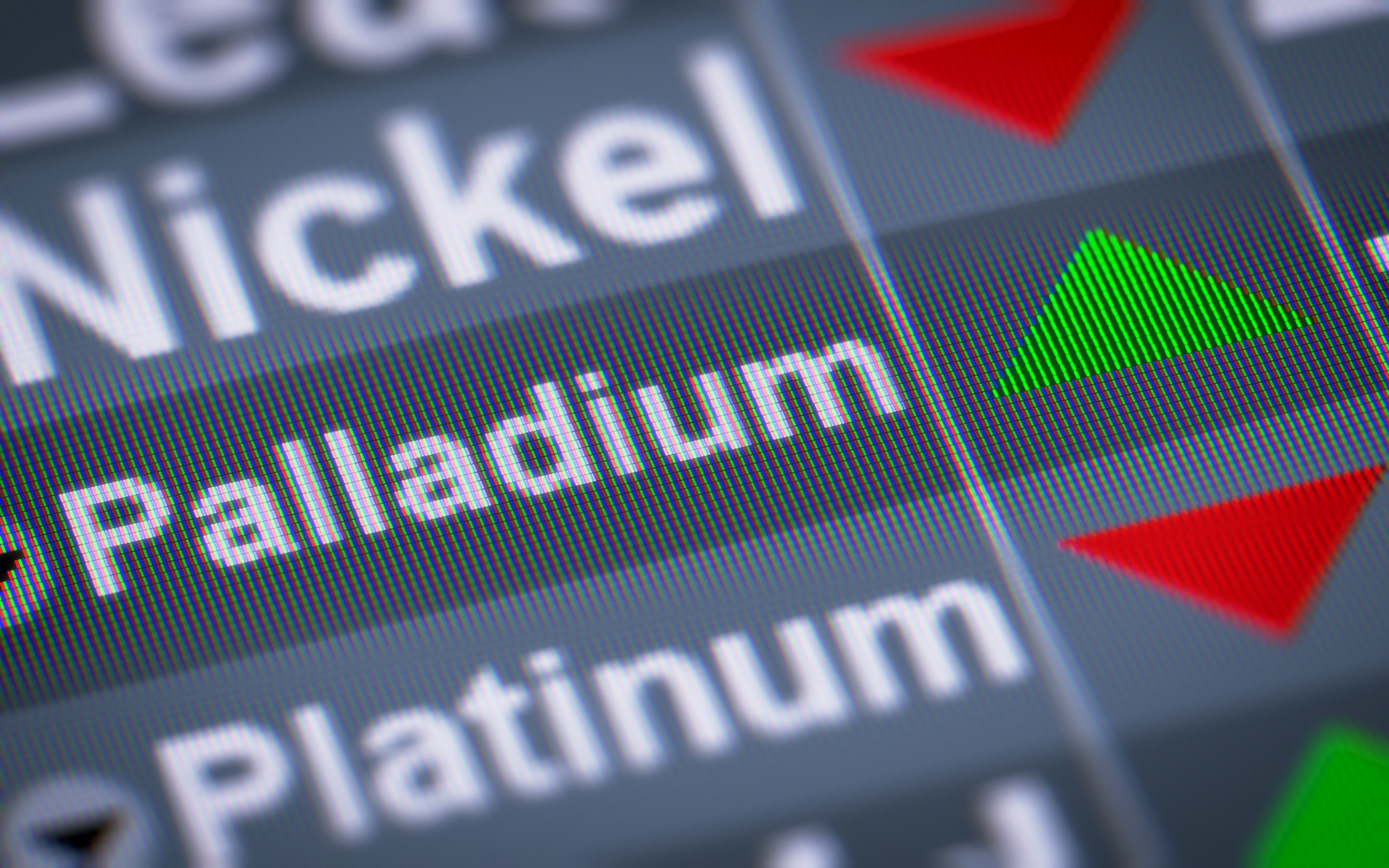 (Bloomberg) — Palladium held gains after rocketing through $1,400 an ounce for the first time, extending its gravity-defying rally even amid signs that global vehicle sales are slowing.

The precious metal, primarily used in the auto industry for catalytic converters, has surged more than 60 percent since the middle of August. The bull run has been driven by an acute shortage of immediate supply as car manufacturers scramble to get a hold of the metal to meet more stringent emission controls. 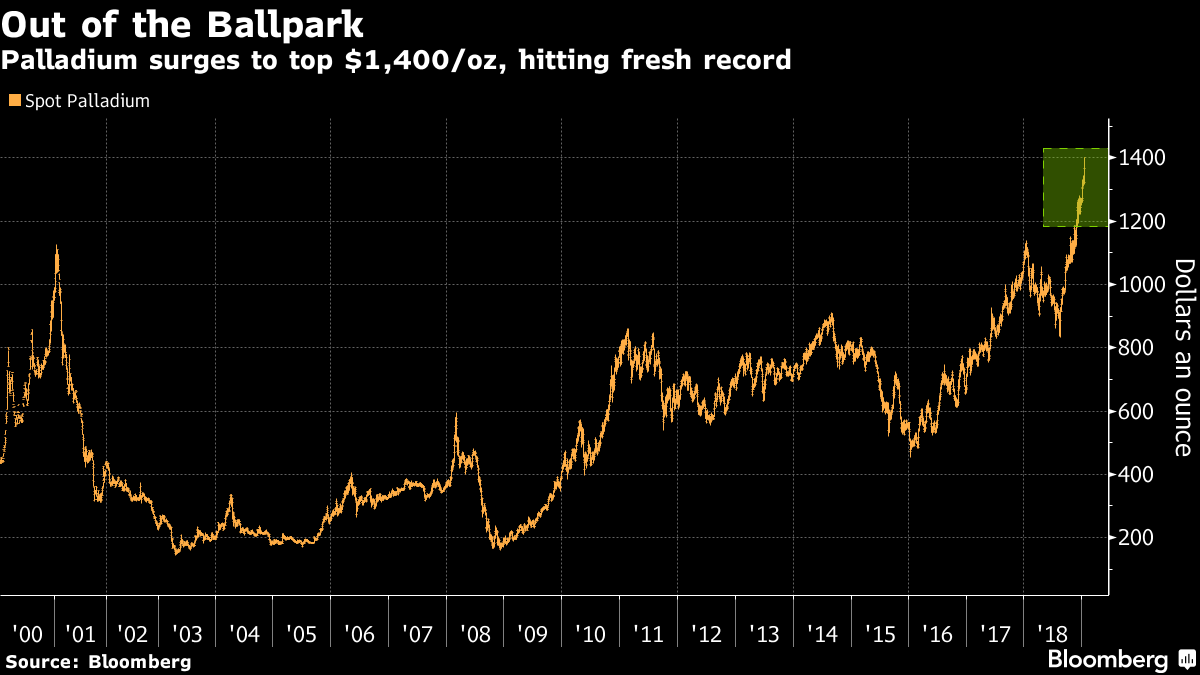 Investors are shrugging off signs of automotive weakness in key markets, with annual car sales in Europe falling for the first time since 2013. China also declined last year and sales in the U.S. barely rose.

The metal will remain in a supply deficit for an eighth straight year, according to Metals Focus Ltd. Palladium’s status as a byproduct of mines in South Africa and Russia means output levels aren’t adjustable to meet short-term demand, despite the surging price.

“Investors appear to be ignoring the fact that weak sales figures have been reported for all major auto markets in recent days,” Commerzbank analysts including Daniel Briesemann said in a note. “Instead, they are seeing news such as the planned widening of a strike to include the platinum mines of a major South African gold and platinum producer as being a good reason to buy.”

After topping technical barriers such as the 50-, 100- and 200-day moving averages, “palladium has entered uncharted territory,” Thomas Anthonj, technical analyst at JPMorgan Chase & Co., said by email from London. “In such cases, the only orientation we have is from a technical perspective.”

–With assistance from Ranjeetha Pakiam.

To contact the reporters on this story: Rupert Rowling in London at rrowling@bloomberg.net;Marvin G. Perez in New York at mperez71@bloomberg.net

To contact the editors responsible for this story: Lynn Thomasson at lthomasson@bloomberg.net, Margot Habiby, Christine Buurma

This article was written by Rupert Rowling and Marvin G. Perez from Bloomberg and was legally licensed through the NewsCred publisher network. Please direct all licensing questions to legal@newscred.com.