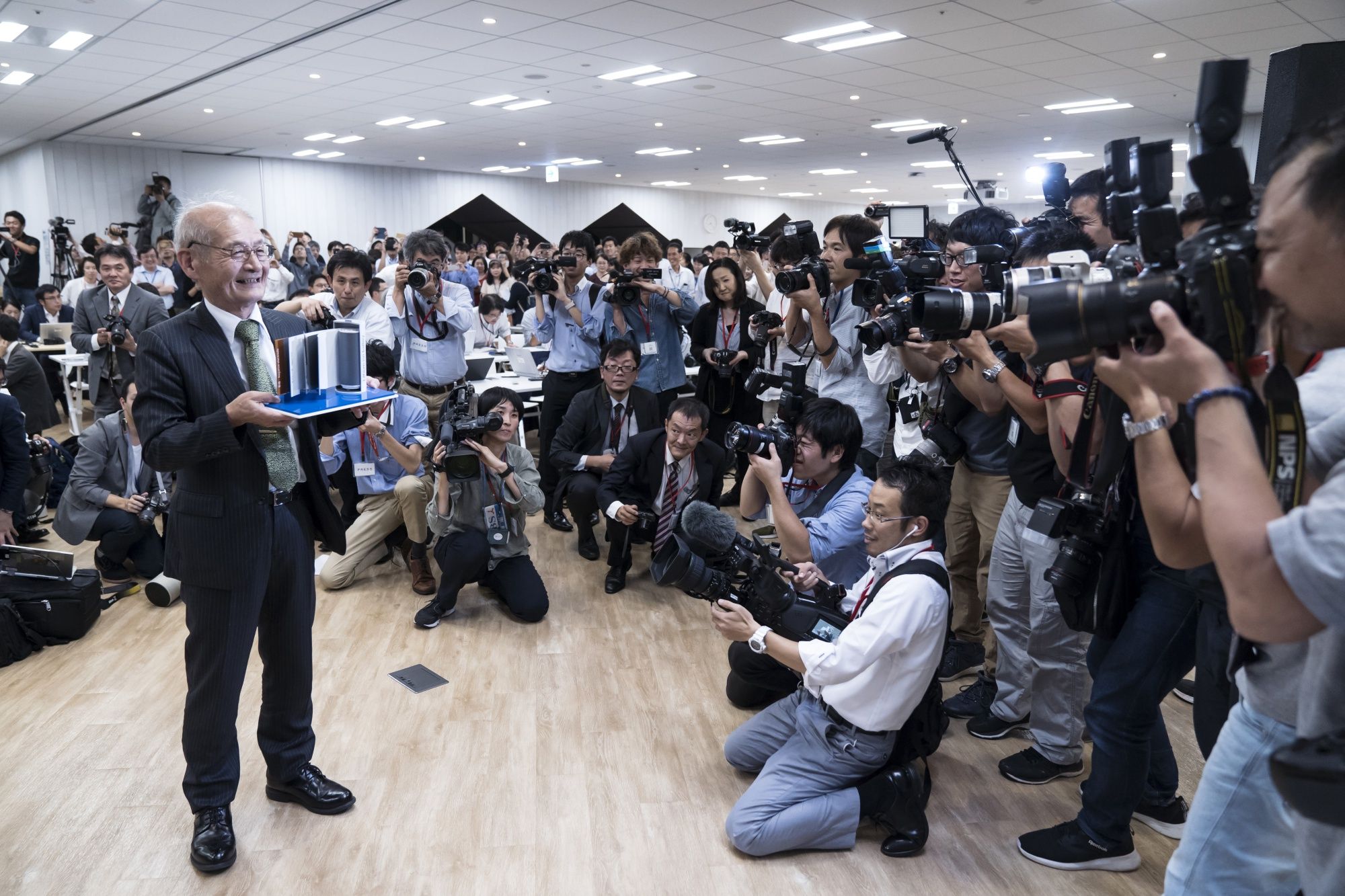 (Bloomberg) — Recycling batteries is the key to securing enough raw materials to power the surge in electric vehicle demand, according to a winner of the Nobel Prize in Chemistry.

“The point is whether EV batteries can be recycled,” said Akira Yoshino, a Japanese chemist who was awarded the prize with two others for their pioneering work on modern lithium-ion batteries that are used in smartphones to cars. “The cost should pay off if all of waste car batteries in Japan are collected and processed.”

The world’s transition to battery power, including electric vehicles, is set to boost demand for commodities from copper to nickel and cobalt. But there’s also concerns that miners won’t be able to expand raw material supply fast enough, and any shortfall will offer bigger opportunities for recycling. China has already emerged as a leader in the field.

The next mission for the industry is to increase the amount of solar and wind energy that can be stored in batteries used in cars, Yoshino, 71, said in an interview on Wednesday.

After around 2025, when Yoshino predicts EVs will make up about 15% of new car sales worldwide, the auto industry will likely see electrification incorporated into car-sharing and self-driving vehicles, he said. “The ideal style for the future is people don’t own a car and a self-driving vehicle is coming whenever anyone wants to use the service.”

Read more: China is already winning the next great race in electric cars

Whittingham, 77, first discovered in the 1970s it was possible to shuttle lithium atoms from one electrode to another at room temperature, facilitating recharge-ability. When the battery material — lithium — proved prone to catching fire, it took the work of Goodenough, 97, to make it into a usable device. Yoshino’s research on ensuring chemical stability crowned the current lithium-ion battery.

Lithium-ion batteries have “revolutionized our lives” since they first entered the market in 1991, the Royal Swedish Academy of Sciences said in a statement on Wednesday. “They have laid the foundation of a wireless, fossil fuel-free society, and are of the greatest benefit to humankind.”

–With assistance from Ichiro Suzuki.

To contact the reporter on this story: Masumi Suga in Tokyo at msuga@bloomberg.net

To contact the editors responsible for this story: Phoebe Sedgman at psedgman2@bloomberg.net, Keith Gosman

This article was written by Masumi Suga from Bloomberg and was legally licensed through the NewsCred publisher network. Please direct all licensing questions to legal@newscred.com.