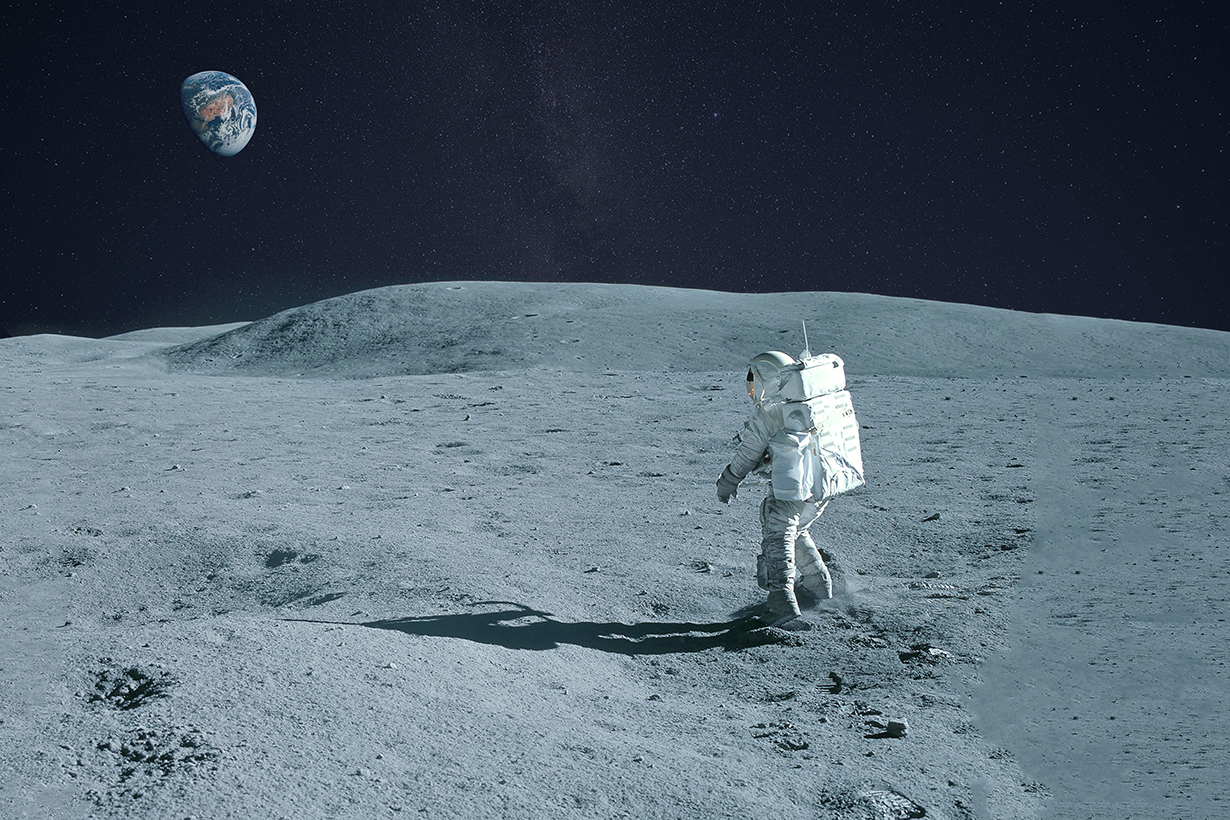 Nasa has selected three private space companies to lead the development of lunar landers for its forthcoming moon landings.

The lunar landers will carry the astronauts from lunar orbit to the Moon’s surface and back again. Blue Origin’s contract is worth $579m, SpaceX’s $135m and Dynetics will receive $253m.

These awards will cover the next 10 months as each team works with Nasa to determine how their proposed solution would work in practice. In the past, Nasa has specified exactly how it wants spacecraft to be built. Now, however, it is working more collaboratively with smaller aerospace companies who have developed newer, more cost-effective ways of building space hardware.

“These are three companies that we believe have a lot of capability that are going to enable us to get to the moon,” said NASA Administrator Jim Bridenstine.

The three companies are now in competition with each other to see who can develop their proposals into workable landers. Each has taken a slightly different approach.

Blue Origin proposes a three-stage lander that would abandon its landing engines on the moon’s surface to lighten the load when it is time to return to Earth. SpaceX wants to use its general purpose “Starship” spacecraft, which it says could also be used for Mars missions. Dynetics plan an innovative lander that could be launched on any rocket.

Related: Liftoff: the new race to the moon begins

“We’ve selected the best of industry’s ideas to team with Nasa,” said Doug Loverro, associate administrator of Nasa’s human exploration and operations mission directorate. “This is really the last piece of the puzzle to go ahead and get us back to the moon. We’ve got all the other pieces in work already, and this is the last big piece. We are ready to move forward on this.”

The landings will be the first time astronauts have walked on the moon since the Apollo moon landings of the late 60s and early 70s.

The current Nasa programme is known as Artemis, after Apollo’s twin sister and the goddess of the moon in Greek mythology. It aims to land the first woman and the next man on the moon by 2024.

This is four years earlier than Nasa’s original plan, which called for the building of a lunar space station called the gateway. Astronauts would dock there first, before transferring to a lander and “taxiing” to the surface.

In what is widely regarded as a politically motivated directive to make the landing coincide with the end of Donald Trump’s putative second term in the White House, the vice-president, Mike Pence, directed Nasa in March 2019 to accelerate its efforts by four years.

To meet this express time table, Nasa said at today’s conference that it was likely it would bypass the lunar gateway completely for the first landing. This fast-track approach would evolve into the sustainable lunar programme of 2028 that it has been planning with international partners such as the European Space Agency and the Japan Aerospace Exploration Agency.

Also during the press conference, Bridenstine said he had talked to politicians from both sides of the aisle and received broad, bipartisan support for the lunar effort. But Congress needs to approve the Nasa budget, which will have to increase by $3bn in 2021 to support the lunar lander development. Nasa’s 2020 budget is $22.6bn.

At least one other company, the aerospace giant Boeing, had submitted a proposal. Nasa did not award it anything and declined to comment on the reasons for Boeing’s exclusion at the press conference. In December, Boeing’s Starliner spacecraft, designed to take Nasa astronauts to the International Space Station, had to abort a test flight.

This article was written by Stuart Clark from The Guardian and was legally licensed through the NewsCred publisher network. Please direct all licensing questions to legal@newscred.com.