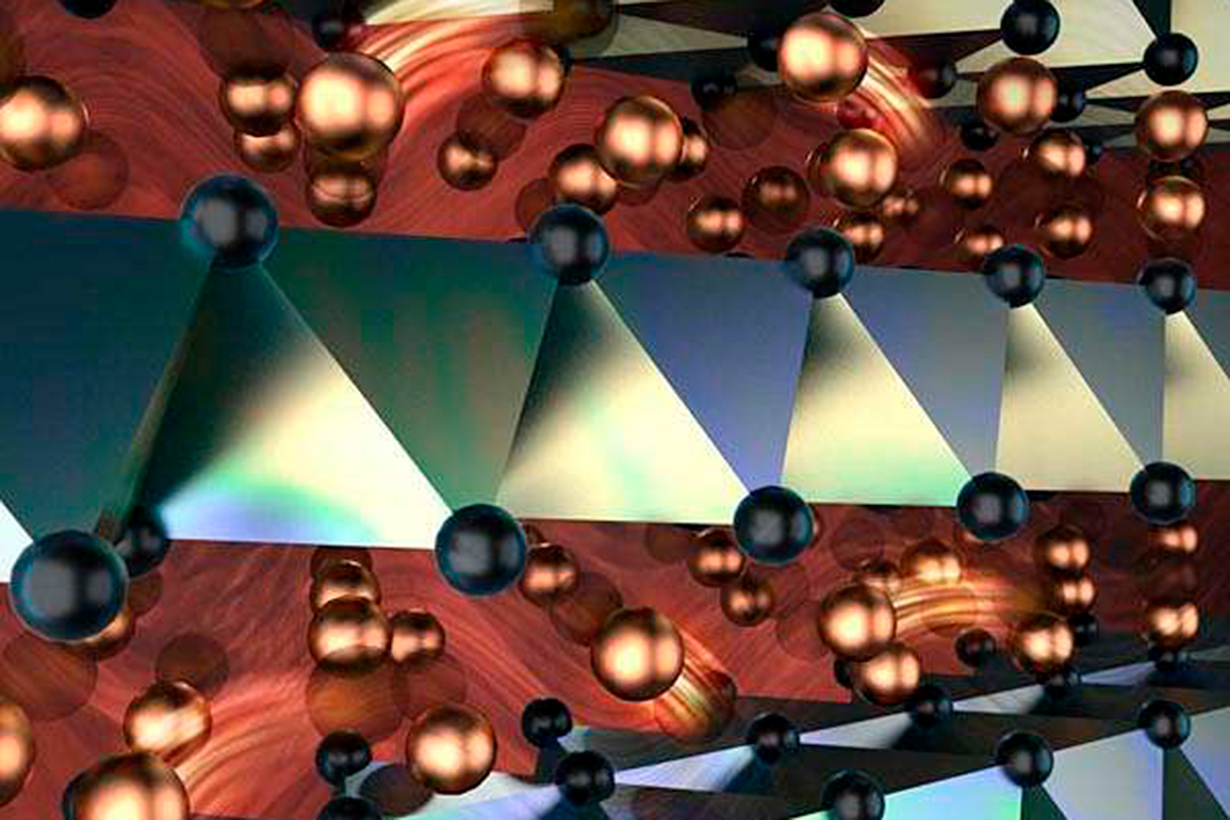 Superionic conductors promise clean, renewable energy – at the right temperatures. These conductors, used as solid electrolytes in batteries and fuel cells, comprise solid materials in which ions move as fast as in liquids. One such superionic conductor is hydrogen, a clean energy source, which diffuses rapidly at low temperatures, but conductivity drops in the intermediate temperature range of 200-400C, where chemical and energy conversions are more easily facilitated.

To better expedite hydrogen conductivity in the intermediate range, an international research team developed the first superionic conductor based on a negatively charged hydrogen atom, called a hydride ion.

The team published their results, which produced superior conductivity in the target range, on Jan. 13 in Nature Materials.

“Hydrogen transport in solids, applied in electrochemical devices, such as fuel cells and electrolysis cells, is key towards sustainable energy societies,” said paper author Genki Kobayashi, associate professor at the Institute for Molecular Science of the National Institutes of Natural Sciences in Japan.

Due to its structure in relation to its weight, the hydride ion possesses a low charge density, which weakens chemical bonds. As such, when hydride ions exist in solids, they diffuse in the material. This basic characteristic is favorable for fast ion conduction in general, but especially in solids, according to Kobayashi.

To achieve the hydride superionic conductivity, the researchers synthesized the oxyhydride, Ba1.75LiH2.7O0.9 (BLHO), which has a layered structure of Barium, Lithium, Hydrogen and Oxygen. The key, Kobayashi said, was to form the conduction layer by ordering hydride ions with negatively charged oxygen ions to introduce highly concentrated vacancies.

“BLHO has a high conductivity and low activation energy, achieved through a phase transition,” Kobayashi said, explaining that these properties only appear when BLHO is heated to a sufficiently high threshold temperature at which this phase transition occurs.

“Once it reaches that transition state, the conductivity of BLHO remains high and essentially independent of temperature in the intermediate range of 300-350C. Such a remarkable conductivity behavior at intermediate temperatures is anticipated to be significant step forward for energy and chemical conversion devices.”

While BLHO’s targeted conductivity remains high above 200C, the low end of the intermediate temperature range, Kobayashi cautioned that more work is needed to stabilize the conductivity at lower temperatures.

“By stabilizing the high temperature phase of BLHO, we aim to develop hydride ion conductors that can operate as solid electrolytes from room temperature to intermediate temperature,” Kobayashi said. For their goal, the researchers hope to create novel energy storage devices and electrochemical reactors that utilize the charge flexibility of hydrogen.