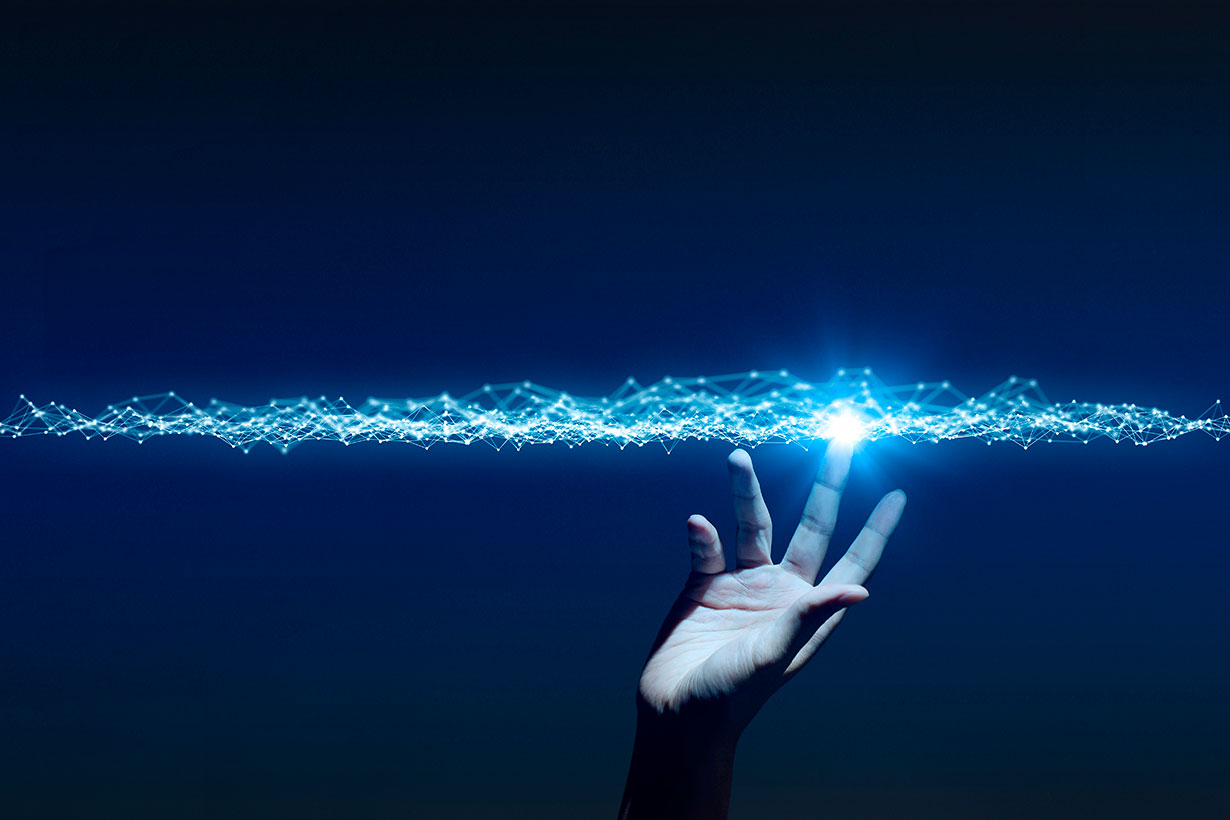 Light could boost performance of fuel cells, lithium batteries, and other devices

Engineers from MIT and Kyushu University in Japan have demonstrated for the first time how light can be used to significantly improve the performance of fuel cells, lithium batteries, and other devices that are based on the movement of charged atoms, or ions. 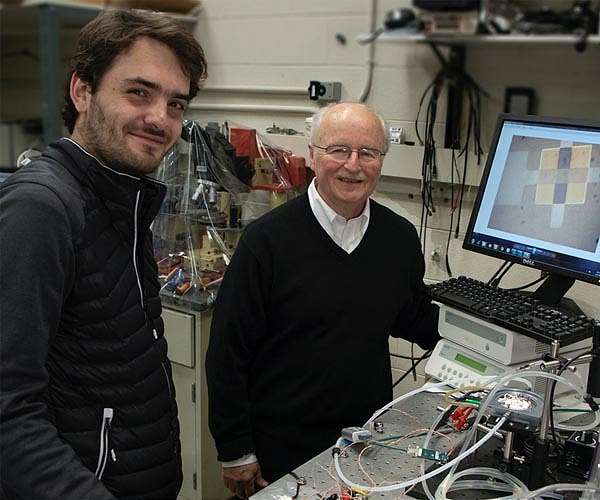 MIT Professor Harry Tuller (right), Visiting Associate Professor Jennifer Rupp, graduate student Thomas Defferriere (left), and colleagues have shown how light can boost the performance of lithium batteries, fuel cells, and other devices based on the movement of ions.

Charge can be carried through a material in different ways. We are most familiar with the charge that is carried by the electrons that help make up an atom. Light has long been used to excite electrons to make them more conductive. Common applications include solar cells, and even supermarket doors that automatically open when a customer passes through. The latter rely on sensors in the door activated by the infrared radiation – light – naturally emitted by the customer.

“But there are many devices that depend on the motion of the ions themselves, rather than just their constituent electrons,” says Harry L. Tuller, the R.P. Simmons Professor of Ceramics and Electronic Materials in MIT’s Department of Materials Science and Engineering (DMSE). Examples include lithium batteries, which depend on the movement of lithium ions during battery charge and discharge. Similarly, fuel cells depend on the movement of hydrogen and oxygen ions to create electricity.

“So here comes the rub,” says Tuller, who is also affiliated with MIT’s Materials Research Laboratory (along with Rupp) and the International Institute for Carbon-Neutral Energy Research (I2CNER) at Kyushu University.

The materials behind applications based on the movement of ions, known as solid electrolytes, are ceramics. Ceramics, in turn, are composed of tiny crystallite grains that are compacted and fired at high temperatures to form a dense structure. The problem is that ions traveling through the material are often stymied at the boundaries between the grains.

“What we find is that the ionic conductivity – the rate at which the ions can move and, therefore, how efficient the resulting device can be – is often markedly degraded by the fact that the ions get blocked at these grain boundaries,” says Tuller.

In the new work, reported in the Jan. 13 issue of Nature Materials, the engineers show how light can be used to lower the barrier that ions encounter at grain boundaries. “We’re lowering the barrier height with light, and in doing so we’re able to enhance the flow of the ions by a factor of three,” Tuller says. “We expect that we should be able to increase that to orders of magnitude by optimizing the system.”

As DMSE graduate student Thomas Defferriere explains, “think of the barrier as a deep gorge between two mountains. A person trying to get from one mountain to the other would face a difficult hike. Imagine, however, that the gorge fills with water. Suddenly it’s much easier to make the trip. The hiker can simply take a boat or swim.”

The researchers specifically demonstrated the effect of light on the movement of oxygen ions through a popular solid electrolyte composed of ceria and gadolinium. “Our findings,” Defferriere says, “are also expected to apply to other ceramics systems that conduct different elements.”

William Chueh, an associate professor of materials science and engineering at Stanford University who was not involved in the Nature Materials study, says: “While the movement of electrons under the illumination of light is extensively studied, the movement of ions is only now receiving attention. The work by Tuller and colleagues demonstrates that illuminating materials for fuel cells, electrolyzers, and batteries can substantially lower the bottleneck on ion movement. This intriguing discovery opens up the tantalizing possibility to use light to enhance energy storage and conversion devices that normally operate in the dark.”

Sossina Haile, the Walter P. Murphy Professor of Materials Science and Engineering at Northwestern University who was not involved in the current work, adds: “It’s a very exciting result. It even suggests that light could be used as a switch to turn ion motion on and off. If that is true, the possibilities are spectacular.”

The work could have many applications. For example, it could boost the performance of thin lithium battery electrolytes by increasing charging rates. Light can also be finely focused, allowing control of the flow of ions spatially at very precise specified locations.

Tuller and Defferriere note that some devices based on ionic conductivity, like solid oxide fuel cells, must be operated at very high temperatures (about 700 degrees Celsius) for the ions to overcome and move across the grain boundary barriers. And high temperatures, in turn, bring their own problems. For example, the material itself can degrade, and the infrastructure to accommodate such temperatures is expensive.

“Our dream was to see if we could overcome the barriers using something that doesn’t require heat. Could we get the same conductivities with another tool?” says Defferriere. That tool turned out to be light, which had never been explored before in this context.

The work was very interdisciplinary. “It forced us to get out of the comfort zone of our traditional field, which involves ceramics and electrochemistry, and into the semiconductor world,” Defferriere says. “This is one of those examples where if we’d stayed in our own field, we couldn’t have come up with this and we couldn’t have explained it. It was very exciting.”

Other authors of the paper are Dino Klotz, an assistant professor at I2CNER and a DMSE research affiliate; and Juan Carlos Gonzalez-Rosillo, a DMSE postdoc now at the Catalonia Institute for Energy Research in Spain. Defferriere and Klotz are co-first authors. Defferriere is co-supervised by Rupp and Tuller.