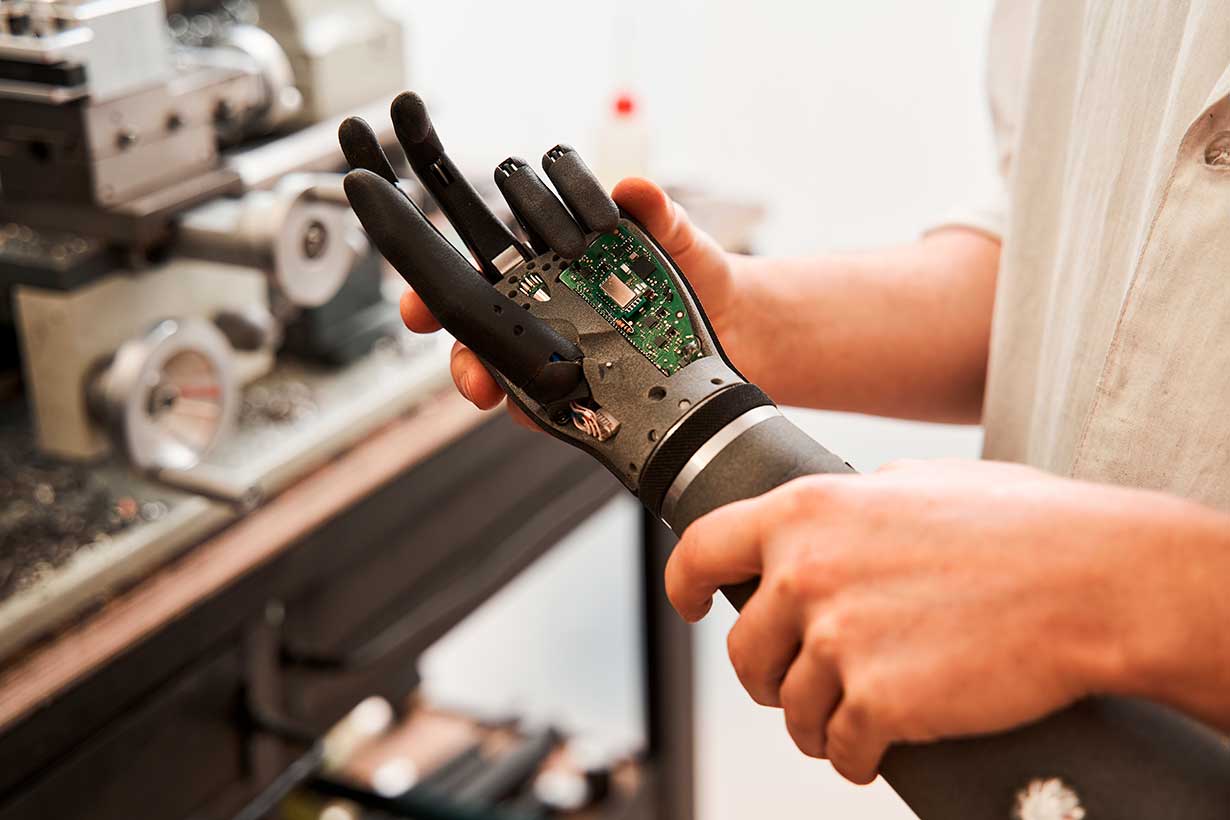 From action heroes to villainous assassins, biohybrid robots made of both living and artificial materials have been at the center of many sci-fi fantasies, inspiring today’s robotic innovations. It’s still a long way until human-like robots walk among us in our daily lives, but scientists from Japan are bringing us one step closer by crafting living human skin on robots. The method developed, presented June 9 in the journal Matter, not only gave a robotic finger skin-like texture, but also water-repellent and self-healing functions. 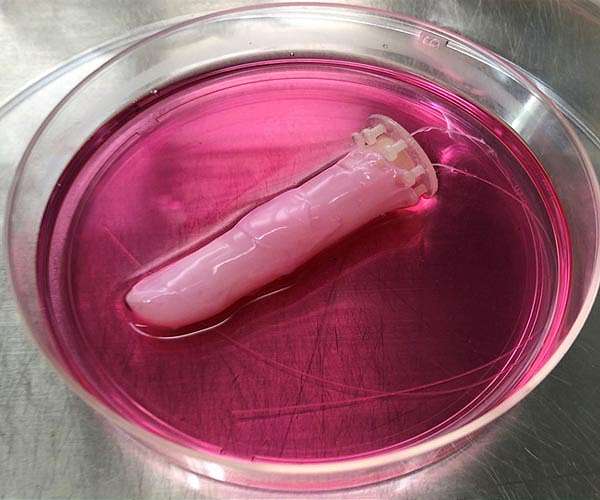 “The finger looks slightly ‘sweaty’ straight out of the culture medium,” says first author Shoji Takeuchi, a professor at the University of Tokyo, Japan. “Since the finger is driven by an electric motor, it is also interesting to hear the clicking sounds of the motor in harmony with a finger that looks just like a real one.”

Looking “real” like a human is one of the top priorities for humanoid robots that are often tasked to interact with humans in healthcare and service industries. A human-like appearance can improve communication efficiency and evoke likability. While current silicone skin made for robots can mimic human appearance, it falls short when it comes to delicate textures like wrinkles and lacks skin-specific functions. Attempts at fabricating living skin sheets to cover robots have also had limited success, since it’s challenging to conform them to dynamic objects with uneven surfaces.

“With that method, you have to have the hands of a skilled artisan who can cut and tailor the skin sheets,” says Takeuchi. “To efficiently cover surfaces with skin cells, we established a tissue molding method to directly mold skin tissue around the robot, which resulted in a seamless skin coverage on a robotic finger.”

To craft the skin, the team first submerged the robotic finger in a cylinder filled with a solution of collagen and human dermal fibroblasts, the two main components that make up the skin’s connective tissues. Takeuchi says the study’s success lies within the natural shrinking tendency of this collagen and fibroblast mixture, which shrank and tightly conformed to the finger. Like paint primers, this layer provided a uniform foundation for the next coat of cells-human epidermal keratinocytes-to stick to. These cells make up 90% of the outermost layer of skin, giving the robot a skin-like texture and moisture-retaining barrier properties.

The crafted skin had enough strength and elasticity to bear the dynamic movements as the robotic finger curled and stretched. The outermost layer was thick enough to be lifted with tweezers and repelled water, which provides various advantages in performing specific tasks like handling electrostatically charged tiny polystyrene foam, a material often used in packaging. When wounded, the crafted skin could even self-heal like humans’ with the help of a collagen bandage, which gradually morphed into the skin and withstood repeated joint movements.

“We are surprised by how well the skin tissue conforms to the robot’s surface,” says Takeuchi. “But this work is just the first step toward creating robots covered with living skin.” The developed skin is much weaker than natural skin and can’t survive long without constant nutrient supply and waste removal. Next, Takeuchi and his team plan to address those issues and incorporate more sophisticated functional structures within the skin, such as sensory neurons, hair follicles, nails, and sweat glands.

“I think living skin is the ultimate solution to give robots the look and touch of living creatures since it is exactly the same material that covers animal bodies,” says Takeuchi.

Research Report:Living skin on a robot