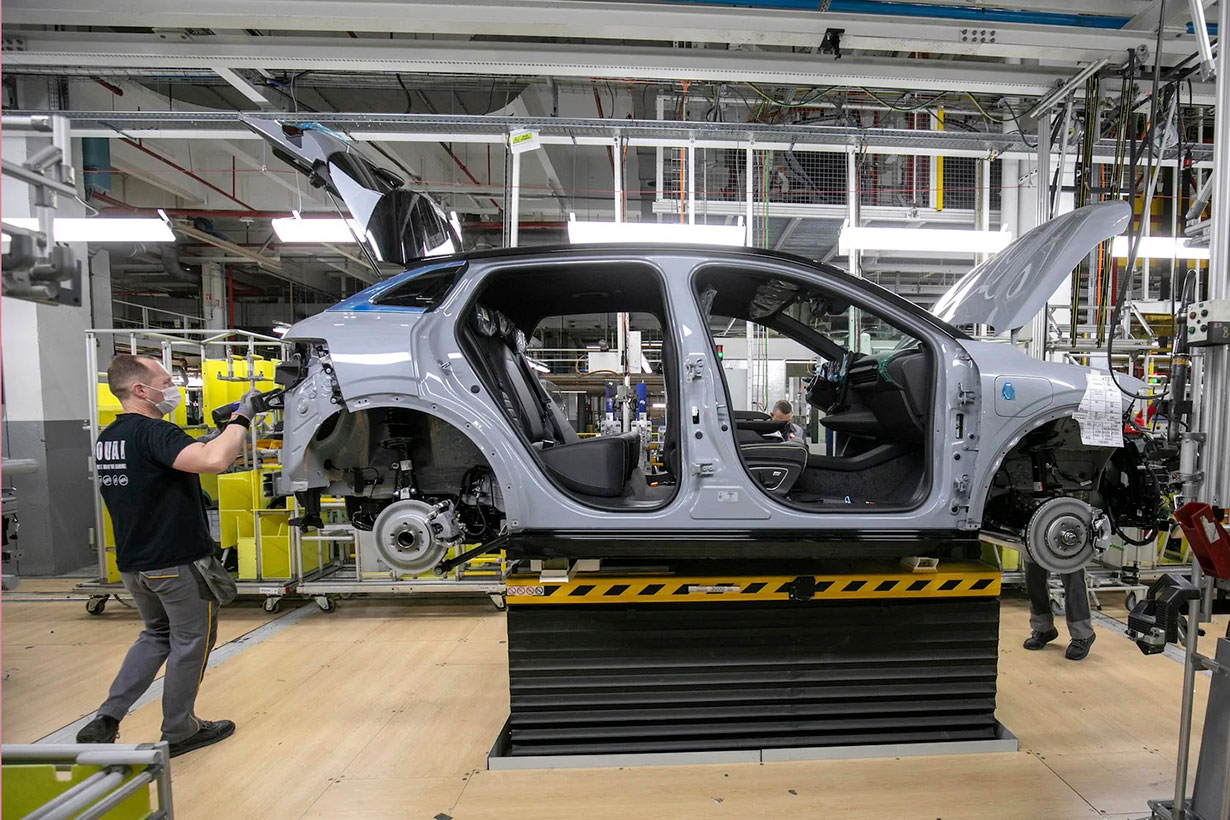 Can software really define a vehicle? Renault and Google are betting on it.

Renault was founded in 1898, a long time before computers and the internet. Perhaps that’s what makes it feel a little surprising to find that its current goals are of the high-tech, modern kind. For instance, the Renault Group is working toward being carbon neutral in Europe by 2040, two years after the Stellantis supergroup’s 2038 target. And Renault just minted an expanded partnership with Google for in-vehicle software.

Electronics and over-the-air software updates have exploded in the automotive industry over the last several years. Renault says the partnership is focused on what they call the “Software Defined Vehicle,” which brings more opportunities to update its cars, melding further the relationship between tech and autos. SDV may sound like a new acronym, but it’s a term on the rise as more automakers embrace electrification and find ways to improve efficiency. Companies like Rivian have already been pushing out over-the-air software updates, elevating its status as a tech company with upgrades such as Soft Sand Mode, which appeared like magic on customers’ touchscreens earlier this year.

The Renault Group is made up of four brands: Renault, Dacia, Alpine and Mobilize. It formed an alliance with Nissan and Mitsubishi Motors in 2016 and has boosted its performance credibility with Formula 1 cars under the Alpine name. The next frontier is the collaboration with Google. “The complexity of the electronic architecture of cars is increasing exponentially, driven by the sophistication of the functionalities and services expected by customers,” said Renault Group CEO Luca de Meo in a press release. “Equipped with a shared IT platform, continuous over-the-air updates, and streamlined access to car data, the SDV [software defined vehicle] approach developed in partnership with Google will transform our vehicles to help serve future customers’ needs.” 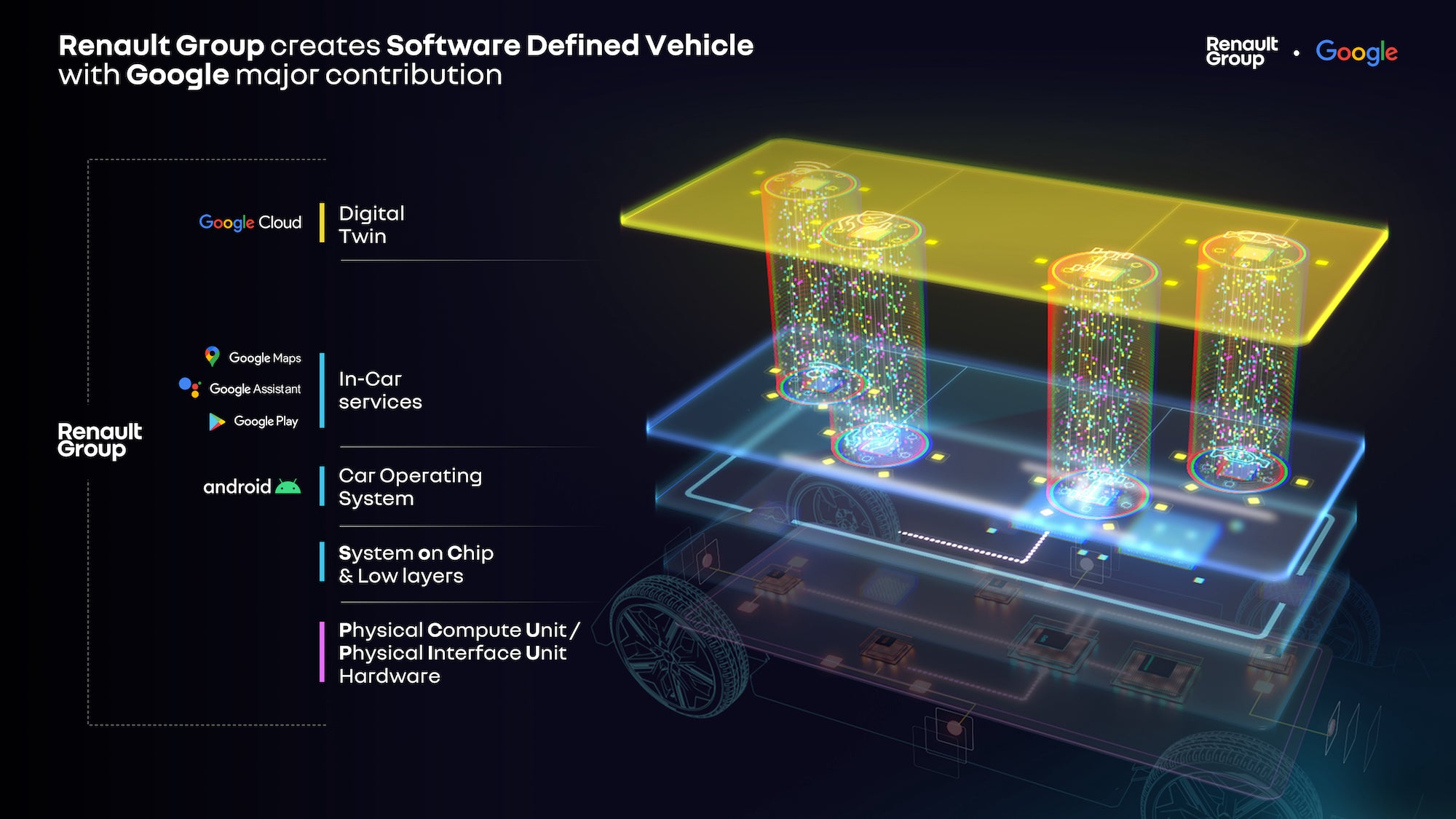 Renault says it will “eventually transform its entire operational model to the cloud for more agility, better performance, and higher profitability.” In other words, working with Google means Renault can gather more data about its customers’ driving habits and increase residual value and retention, two of the most important value metrics for automakers. By creating what it calls a digital twin—a digital representation of the physical machine—in the cloud, Google and Renault can use AI to quickly make changes and improvements. The benefit of this type of tech is that changes can be tested and monitored digitally before rolling out the updates to the physical realm, minimizing the chance of error.

The alignment between the Mountain View, California tech firm and the Boulogne-Billancourt, France-based manufacturer started in 2018. With this announcement, Google becomes Renault Group’s preferred cloud supplier, playing a big role in the automotive conglomerate’s “Move to Cloud” digital transformation.

Renault Group and Google aim to improve the driver experience by predicting maintenance intervals and detecting mechanical issues. SDVs, or software defined vehicles, can also adapt to individual driving patterns and route to EV charging stations and other frequent destinations.

Renault isn’t alone in this kind of initiative. Tesla has embraced a software-focused strategy for several years and Hyundai is jumping in, vowing that every one of its models will be an SDV by 2025. Renault says its tech focus can also affect insurance models based on actual usage and driving behaviors, which may or may not be a positive thing depending on your driving habits.

This article was written by Kristin Shaw from Popular Science and was legally licensed through the Industry Dive Content Marketplace. Please direct all licensing questions to legal@industrydive.com.