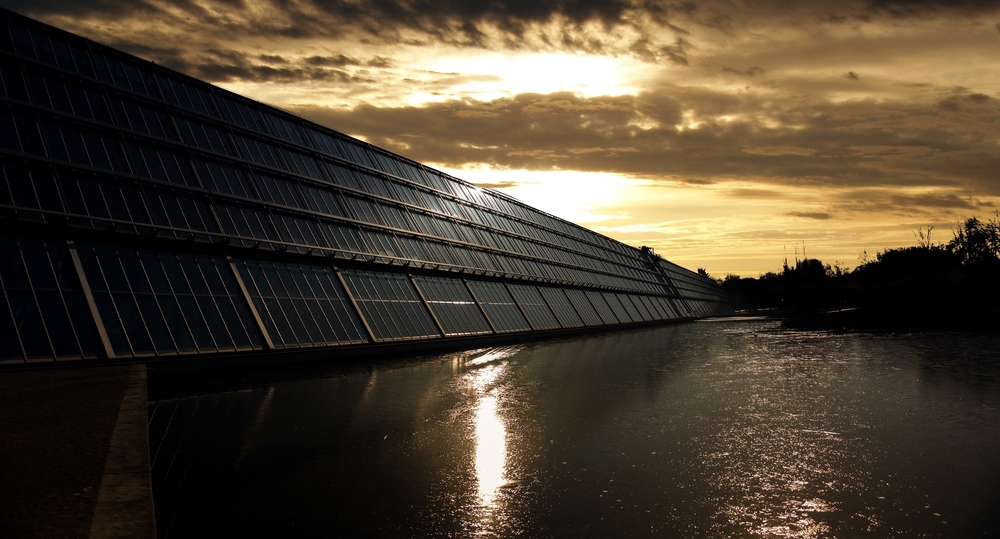 This bacteria could boost solar panels on cloudy days

Researchers are using bacteria to give solar an energy boost.

There are a lot of things to like about solar power. It helps the world kick the fossil fuel habit, it’s clean and plentiful, and leaves no carbon footprint. But it needs the sun to work, which makes it less practical in places where overcast days are common.

A genetically engineered bacterium that uses dye to convert light to energy ultimately might change that. Scientists in British Columbia — which often has cloudy days — have built a cheap, sustainable solar cell from E. coli, creating a “biogenic” solar cell — so named because it is made of a living organism. Theirs is not the first experimental biogenic solar cell, but it’s different from the others — and it produced a more powerful current, they said. Also, it works as well in dim light as in bright light.

“British Columbia aspires to be one of [the] leading de-carbonized economies of the world,” said Vikramaditya Yadav, a professor in the University of British Columbia’s department of chemical and biological engineering. “Reliable generation and supply of clean energy is key to achieving this objective, and solar energy is a leading candidate for de-carbonization of the energy sector. However, BC’s typically dreary winter skies impose unique requirements on the photovoltaic materials to be used for harnessing solar energy.”

Their solution is inexpensive, and ultimately “could perform at comparable efficiencies as conventional photovoltaics,” he said. Even if these cells don’t reach the same strength as conventional cells, the researchers believe they could play an important role in certain low-light settings, such as mines or in deep sea exploration.

“We believe that biogenic solar cells will be a useful complement to inorganic solar cell technology,” Yadav said. “Even in its infancy, the technology has already thrown up some promising applications. Exploring low-light environments such as mines requires the use of sensors that could be powered with biogenic cells such as the one we have developed.”

A concept diagram shows the anode of the solar cell, comprised of biogenic material made of lycopene-producing bacteria (the orange orbs) that are coated with titania nanoparticles.

Previous attempts to build biogenic solar cells have focused on extracting the natural dye that bacteria use for photosynthesis. This is an expensive and complicated process that uses toxic materials and actually can harm the dye. The Canadian researchers decided to try something a little different. They left the dye in the bacteria, and tinkered with the organism, inducing it to produce large amounts of lycopene, the same dye found in tomatoes and other red fruits.

They then coated the bacteria with a mineral that acts as a semiconductor, and applied the mixture to a glass surface. With the coated glass on one end of the cell acting as an anode—an electrode through which conventional current flows — they generated a current density much greater than that achieved by others in the field. (0.686 milliamps per square centimeter compared with the 0.362.) The research appears in the journal Small.

The micrograph shows how the cells look under a scanning electron microscope.

“Most DSSCs suffer from some clear limitations,” Yadav said. “Extraction of the dye from the natural source requires use of toxic solvents and energy, and the sensitivity of the dyes to lights results in significant degradation even before they are introduced into the solar cell. Our development directly addresses these limitations and seeks to make solar cell manufacturing, particularly for use in low-light environments, more affordable.”

However, it’s not quite ready for prime time. The bacteria die during the process, so finding ways to keep them alive would result in more efficient manufacturing of the cells, since the bacteria then could produce the dye indefinitely. Also, they plan to fine-tune the cells, bringing them closer to delivering the same power as that of conventional solar cells.

“Our invention is a first generation prototype that needs significant improvements before it can reach the levels of silicon solar cells that can deliver about 25 times the current density of the bacterial-based solar cell,” Yadav said. “We don’t view our technology as a competitor to conventional solar cells. Not yet, at any rate.”

Testing a solar cell in a solar simulator allowed researchers to assess the performance of the cell in realistic conditions.

As is often the case with scientific discoveries, this one came about by accident. “Our original motivation for the work was to develop bacterial ‘mini-factories’ to produce large quantities of lycopene and other carotenoid molecules to be used as nutraceuticals,” Yadav said, referring to substances that are added to foods to boost their health benefits. “However, our team encountered a challenge with storing the freshly produced lycopene.”

The lycopene began to degrade rapidly when stored in transparent glass bottles, so they switched to opaque ones. But seeing the lycopene degrade when exposed to light prompted more scientific questions, and a new avenue of exploration. “In chemistry, degradation usually means the release of electrons, and we wondered: Was the rate of the release of electrons sufficiently high to generate a measurable current?” Yadav said.

“One of the students in the group, seeing what was happening to the lycopene in the clear bottles, exclaimed: “Really? Lycopene degrades that easily upon exposure to light? Can you imagine if we put this in a solar cell?’ That’s the question that got us interested in developing dye-sensitized solar cells,” Yadav recalled. “The decision to use the bacteria directly with a [mineral] coating was a gamble, and it paid off. Serendipity is a great ally of scientists, and we owe a great deal of thanks to serendipity and to inquisitive students who ask ‘why not?’ as opposed to ‘why?’”

This article was written by Marlene Cimons from Popular Science and was legally licensed through the NewsCred publisher network. Please direct all licensing questions to legal@newscred.com.