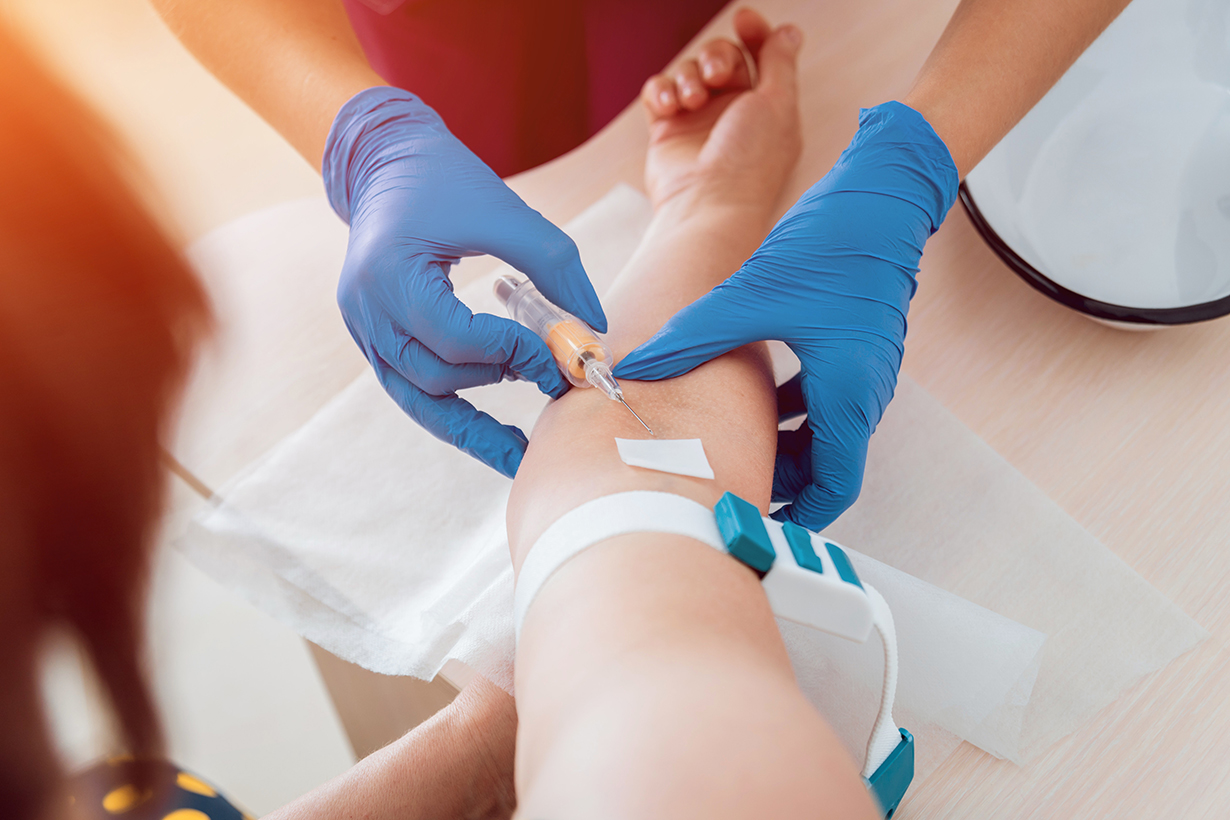 Scientists have developed an artificial intelligence program that can screen people for lung cancer by analysing their blood for DNA mutations that drive the disease.

The software is experimental and needs to be verified in a clinical trial, but doctors are hopeful that if it proves its worth at scale, it will boost lung cancer screening rates by making the procedure as simple as a routine blood test.

The program works by examining free-floating DNA that circulates in the blood. The majority of this genetic detritus enters the bloodstream when harmless cells in the body break down and spill their molecular innards, but tumours also shed DNA as they form and grow larger.

The UK has no national lung cancer screening programme, but is exploring an approach adopted in the US where people who are at high risk, such as older smokers and former smokers, can have low-dose chest X-rays to check their lungs for tumours.

That system has its flaws, though, according to Max Diehn, who studies radiation oncology at Stanford University. He said only 5% of people who are eligible for lung cancer screening in the US take up the offer. Among the 95% who do not, the reasons range from a lack of access to screening in their area and simple reluctance to have the check.

“A blood test option could dramatically increase the number of people who get screened, because many people are already having their blood drawn when they visit the doctors for an annual check up,” he said.

Writing in the journal Nature, the scientists describe how their AI program crunched data on the DNA found in the blood of lung cancer patients to learn which common cancer mutations most effectively predicted the disease. The researchers then used the trained program to distinguish lung cancer patients from healthy people in a separate group of volunteers who gave blood samples for the study.

The system cannot confidently diagnose cancer, but instead flags up likely cases for further medical investigation. In tests, the program had a 2% false positive rate – meaning that it mistakenly flagged two in every 100 healthy people as having the disease – while rating 55% of stage 2 cancers and nearly 70% of stage 3 cancers as patients likely to have the disease.

“Currently we diagnose 60 to 70% of lung cancers at stage 4, when it has spread beyond the lungs,” Diehn said. “With a test like ours, while not perfect, one could potentially identify the majority of cases as early stage disease when it is still potentially curable.”

The researchers found that only minuscule amounts of tumour DNA tend to circulate in the blood of lung cancer patients. A major challenge was to distinguish cancer-causing mutations in these fragments of DNA from the more common and largely harmless mutations in DNA shed from normal cells in the body. The more tumour DNA people had in their blood, the worse their future prospects, the study found, probably because more aggressive tumours shed more DNA.

Dr David Crosby, head of early detection research at Cancer Research UK, said: “Too many people die from lung cancer because many are diagnosed at a late stage when the disease is harder to treat. If we can detect lung cancer earlier, we could potentially save lives. This new research, which uses machine learning, offers a promising approach that could be used to detect lung cancer earlier, but further research, on a larger scale is needed to validate the findings.”