Electric and hybrid cars are enjoying a surge in popularity, but they’ve been around for longer than you may think.

From their invention in the 1830s, when they differed little in appearance from the carriages commonly pulled by horses, to the beginning of the 20th century when they were a ubiquitous sight on the roads, electric vehicles (EVs) made a confident entrance on to the automotive scene.

But a series of events conspired to create an effect similar to the spindle that pricked Sleeping Beauty’s finger in the well-known fairytale, putting her to sleep for a hundred years. After lying dormant for the best part of a century, low- and zero-emission vehicles are now making a resurgence as we wake up to the reality of global heating.

Early forays into electrification
Scottish inventor Robert Anderson is widely credited with designing the first vehicle that could be powered by non-rechargeable battery cells in the 1830s. The discovery of the first rechargeable battery by French physicist Gaston Planté in 1859 was another defining moment – that technology remains the cornerstone of modern EV batteries.

“The first golden age of electric vehicles was between 1880 and 1920. In that period there were lots of major technological breakthroughs,” says Prof Tim Schwanen, director of the University of Oxford’s transport studies unit.

Those breakthroughs included further improvements to battery technology, the discovery of regenerative braking and the invention of an early version of the hybrid-electric car by Dr Ferdinand Porsche in 1900.

According to the US Department of Energy, electric cars were in their heyday in 1900, accounting for a third of all vehicles on the road and competing strongly with their steam- and petrol-powered counterparts. By 1912, says Schwanen, there were more than 38,000 electric vehicles in the US, a “very substantial number at the time”.

But their popularity was to be short-lived.

The arrival in 1908 of Henry Ford’s Model T, together with a production process that meant they could be churned out in much greater numbers – and at significantly lower prices – helped usher in a new era of personal transportation.

This coincided with the Texas oil boom and, as petrol-powered cars began to take off, the price of fuel went down. A more advanced road network started to take shape, and Americans quickly gained the freedom to drive longer distances than ever before. With their limited range at the time, it was hard for electric vehicles to compete.

Because the internal combustion engine evolved from the steam engine, which had already been popular and in production for some time, petrol-powered cars were “far cheaper and easier to mass-produce” than EVs, says Sam Bennetts, product manager at Honda UK.

“At the time, the boom in oil production and discovery went hand in hand with the rise of the car. Moreover, with petrol seemingly abundant there were no environmental concerns and no concerns over emissions,” he adds.

Apart from “a bit of a revival in the 1930s and 1940s” in the UK, when Schwanen notes that electric vehicles became popular as delivery vans – remember milk floats? – it was not until the 1970s that society’s interest in EVs again was piqued.

The 1973 oil crisis prompted a renewed drive to develop vehicles that were not wholly dependent on fossil fuels. US Congress passed the Electric and Hybrid Vehicle Research, Development and Demonstration Act of 1976 and carmakers began to look at alternatives.

Related: Five questions to ask yourself before buying a hybrid or electric car

But it wasn’t until the mid-1990s that the electric and hybrid car industry was truly shaken awake. To satisfy air pollution legislation in California, General Motors (GM) developed the all-electric EV1. It was only available on lease, however, and when those leases expired GM discontinued the programme.

Honda was another early entrant to the all-electric vehicle market, with its EV Plus rolling off the production line in April 1997. Since then, Japanese car manufacturers have continued to lead the charge. In 1999, the Honda Insight became the first hybrid to go on sale in the US, followed closely by the Toyota Prius.

“Japanese culture is based around responsibility and as soon as the Japanese were aware of the need to produce such technology, it became a focus,” says Bennetts, noting that Honda first started working on hybrid powertrains in 1988.

Now that alternatively powered vehicles are well and truly part of the automobile industry mix, the question is how quickly can they reach their full potential. The answer, according to Schwanen, is not quickly enough: “The environmental issues are of such a serious nature that we must very rapidly completely decarbonise transport.”

This article was written by Kerry Reals from The Guardian and was legally licensed through the NewsCred publisher network. Please direct all licensing questions to legal@newscred.com. 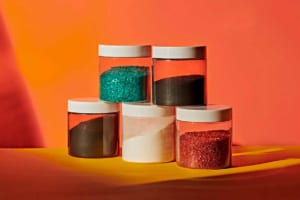 The race to close the EV battery recycling loop