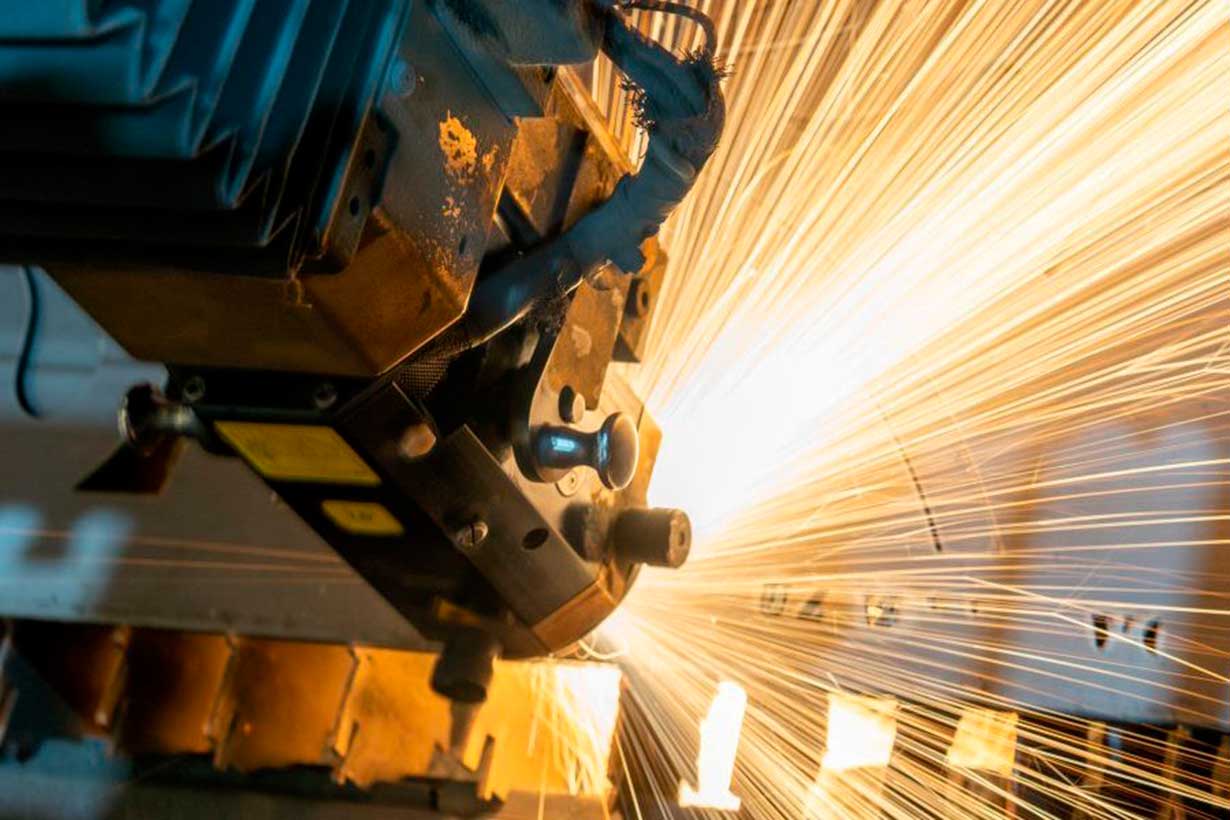 For all the talk about the factory of the future and Industry 4.0, manufacturing systems can still be antiquated and fragmented when it comes to achieving real automation. While some areas may be digitized, monitoring these systems and getting them to communicate with each other is often a daunting, labor-intensive challenge.

After leading the automation engineering team at Tesla for almost two years, Luc Leroy believes he knows how to solve this problem. Last summer, he left Tesla to found Full Speed Automation, which has just raised $3.2 million to finish development of the first version of its platform, called Vitesse (the French word for ‘speed’).

The Vitesse platform will be a middleware layer that automatically detects all the digital devices in a manufacturing operation and allows managers to connect them with a simple point-and-click. This no-code approach uses APIs to accelerate the speed at which manufacturers can enhance their own systems.

For Leroy, the startup is the culmination of a long journey that began in classic software development and unexpectedly took him into manufacturing. The differences in terms of speed and agility were jarring, and he is determined to bridge that divide.

“I started to see a huge gap between the expectations you would get from mobile users and web and tech startups, where we had to get something running in 24 hours,” Leroy said. “The world of manufacturing was extremely slow. And I started to get intrigued about that. There was no notion of iteration and ‘fail quickly’ — the things we all take for granted for the past 10 to 15 years in the world of pure software.”

Leroy founded his first startup — an augmented reality service for television broadcasts — in Paris more than 20 years ago. In 2003, he cofounded Okyz, which enabled the creation of 3D models that could be placed in PDF documents. Adobe acquired the company in 2004, and Leroy moved to Silicon Valley, where he began interacting more with manufacturers who were using the PDF 3D product.

What he found surprised him.

“I realized that everything we learn at school about lean manufacturing and just-in-time and zero stock, it’s not right,” he said. “When you order a replacement part, it still gets made two months earlier in Japan and then [crosses] the world on a polluting ship and then sits on a shelf until it’s needed. And we still call that zero stock.”

Part of the issue was that manufacturing systems were still too slow. When it came time to upgrade software, employees were walking around the factory floor with USB sticks, manually updating each portion of the assembly line. To get these different parts of the process to communicate, companies had to spend huge resources writing custom software that could be slow and unresponsive as the system evolved.

Following a stint working for a company building an Iron Man-like smart helmet, Leroy was recruited to work at Tesla, where automating the assembly line to meet ambitious production goals had become a high priority.

“The mission was to accelerate the transition to sustainable transportation and ultimately, sustainable energy,” Leroy said. “That meant a lot to me.”

Leroy’s team was put in charge of solving the Tesla Model 3’s “production hell.” Over time, Leroy’s team developed tools to automate those updates on the thousands of robots in Tesla’s factory. After 18 months, Leroy began to think that the insights he’d gained at Tesla could be useful for a far larger base of manufacturers.

“You can have top-notch AI, and computer vision for quality control and safety,” he said. “But the software for each of these exists in its own verticals.”

While Tesla’s buzz and market cap allow it to hire many of the best engineers, that’s a tougher haul for incumbent manufacturers. This is true even though giants in verticals like automotive, finance, and insurance have effectively become software companies over the past decade, employing huge armies of developers.

So what Tesla built may not be easy for others to replicate. To solve that problem, Leroy argues that any solution has to be as simple as possible to manage so it’s accessible to anyone. That’s why he is focusing on the no-code approach. The UI will be point and click to connect all devices in a factory.

“We need to find a way to democratize these tools so that experienced technicians can use them and very quickly,” Leroy said.

Vitesse will be horizontal, linking to all of these different assets via an API. In doing so, factory managers will be able to dramatically expand the level of automation in their shops. Once this intermediate layer is in place, factories should be able to iterate rapidly and reset product lines in days instead of weeks or months. In addition, the collection of data will be simpler and neater, allowing for better monitoring in real time.

Since last summer, Leroy has assembled a team of six to build the proof of concept. He’s working with an undisclosed list of manufacturing partners to refine it, with the goal of releasing a beta version in Q2 of this year. That also includes partnering with component providers to integrate a large catalog of equipment into Vitesse’s library to ease integration.

To further that goal, the company has raised a seed round of $3.2 million led by HCVC, the venture capital arm of Paris-based Hardware Club. The round also included money from Catapult Venture Capital, Seedcamp, Serena Capital, Kima Ventures, and Diaspora Ventures, as well as industry executives like Bruno Bouygues, CEO of manufacturing supplier GYS.

This article was written by Chris O’Brien from VentureBeat and was legally licensed through the Industry Dive publisher network. Please direct all licensing questions to legal@industrydive.com. 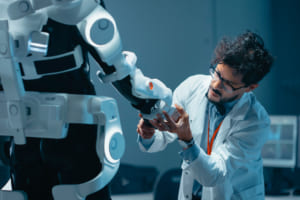 Robotics is entering an exponential growth phase. There are increasingly new and diverse applications for robots, both the inspiring and the mundane. Just within the context of the COVID-19 pandemic response, robots have been deployed in novel ways — disinfecting public spaces, handling infectious materials, and providing medical care to… 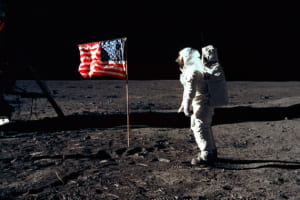 At the end of July. 2021, the second richest man in the world, Amazon’s Jeff Bezos, plans to blast himself into space, a project that has prompted a satirical global petition asking him to stay there. If the history of human space exploration ended at that moment, with the phallic… 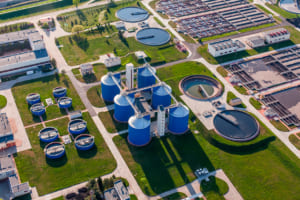 A team led by UC Riverside engineers has developed a catalyst to remove a dangerous chemical from water on Earth that could also make Martian soil safer for agriculture and help produce oxygen for human Mars explorers. Perchlorate, a negative ion consisting of one chlorine atom bonded to four oxygen… 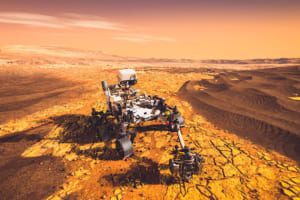 In first, Perseverance Mars rover makes oxygen on another planet

NASA's Perseverance rover keeps making history. The six-wheeled robot has converted some carbon dioxide from the Martian atmosphere into oxygen, the first time this has happened on another planet, the space agency said on April 21,2021. "This is a critical first step at converting carbon dioxide to oxygen on Mars,"…

Decarbonizing the economy and achieving the transition from fossil fuels to renewable energies is one of the most urgent global challenges of the 21st century. Hydrogen can play a key role in this process as a promising climate-neutral energy vehicle. Yet, the so-called green hydrogen economy requires that hydrogen production…

INNOVATION WORLD FESTA 2018 Report "TSUKUBA-INNOVATION" We, TANAKA Precious Metals supports the future of INNOVATION as a professional of precious metals. We participated the INNOVATION WORLD FESTA in 2018 as a sponsor, which Tokyo-based FM radio station, J-WAVE organized. In the event we collaborated with media artists and students from…