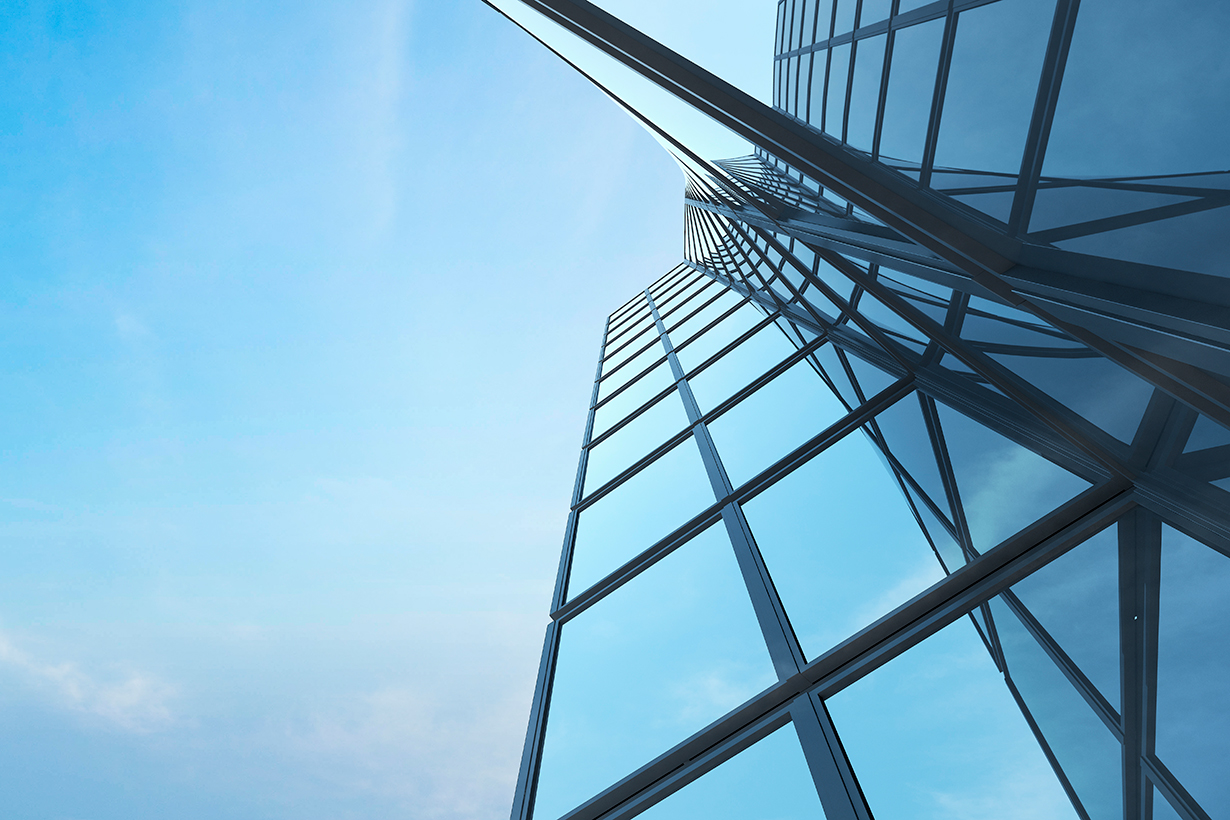 Smart material switches between heating and cooling in minutes

As anyone who has ever parked a car in the sun on a hot summer day knows, glass windows are great at letting sunlight in but terrible at allowing heat out. Now, engineers at Duke University have developed smart window-like technology that, with the flip of a switch, can alternate between harvesting heat from sunlight and allowing an object to cool. The approach could be a boon for HVAC savings, potentially cutting energy usage by nearly 20% in the United States alone.

“We have demonstrated the very first electrochromic device that can switch between solar heating and radiative cooling,” said Po-Chun Hsu, assistant professor of mechanical engineering and materials science at Duke. “Our electrochromic tuning method does not have any moving parts and is continuously tunable.” 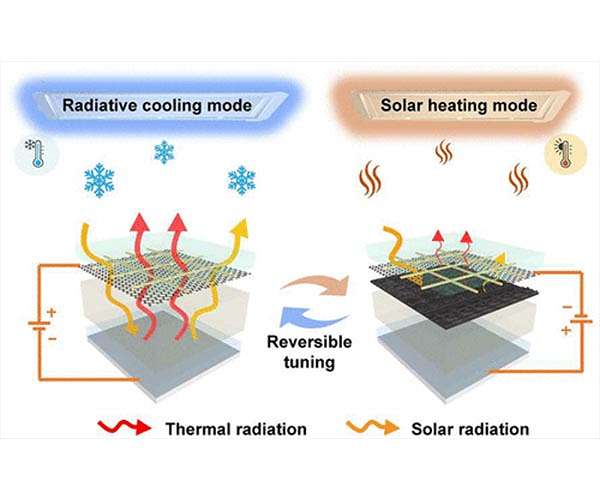 An exploded look at the layers of a new passive heating and cooling technology that is tuned to interact with both visible light and thermal radiation.

Smart windows made from electrochromic glass are a relatively new technology that use an electrochromic reaction to change glass from transparent to opaque and back again in the blink of an eye. While there are many approaches to creating this phenomenon, they all involve sandwiching an electrically responsive material between two thin layers of electrodes and passing an electric current between them. While this trick is difficult enough to achieve for visible light, it becomes even more so when having to also consider mid-infrared light (radiative heat).

In the paper, Hsu and his graduate student Chenxi Sui demonstrate a thin device that interacts with both spectrums of light while switching between passive heating and cooling modes. In the heating mode, the device darkens to absorb sunlight and stop mid-infrared light from escaping. In the cooling mode, the darkened window-like layer clears, simultaneously revealing a mirror that reflects sunlight and allows mid-infrared light from behind the device to dissipate.

Because the mirror is never transparent to visible light, the device would not replace windows in homes or offices, but it might be used on other building surfaces.

“It’s very difficult to create materials that can function in both of these regimes,” Hsu said. “Our device has one of the largest tuning ranges in thermal radiation ever demonstrated.”

There were two major challenges to overcome to engineer such a device. The first was creating electrode layers that conduct electricity and are transparent to both visible light and thermal radiation. Most conductive materials such as metals, graphite and some oxides don’t fit the bill, as these two properties are at odds with one another, so Hsu and Sui engineered their own.

The researchers started with a one-atom-thick layer of graphene, which they showed is too thin to reflect or absorb either types of light. But it is also not conductive enough to transmit the amount of electricity required for the device to work at a large scale. To get around this limitation, Hsu and Sui added a thin grid of gold on top of the graphene to act as a highway for electricity. While this somewhat decreased the graphene’s ability to allow light to pass through unimpeded, the tradeoff was small enough to be worth it.

The second challenge involved engineering a material that could go between the two electrode layers and switch back and forth between absorbing light and heat or allowing them to pass through. The researchers achieved this by harnessing a phenomenon called plasmonics. When tiny, nanoscale metal particles are placed just nanometers away from each other, they can essentially trap specific wavelengths of light based on their size and spacing. But in this case, the nanoparticles are randomly distributed in clusters, leading to interactions with a wide range of wavelengths, which is beneficial for efficiently trapping sunlight.

In the demonstration, electricity passing through the two electrodes causes metal nanoparticles to form near the top electrode. Not only does this black out the device, it causes the entire device to absorb and trap both visible light and heat. And when the electrical flow is reversed, the nanoparticles dissolve back into the liquid transparent electrolyte. The transition between the two states takes a minute or two to complete.

“The device would spend many hours in one state or the other out in the real world, so losing a couple minutes of efficiency during the transition is just a drop in the bucket,” said Hsu.

There are still many challenges to making this technology useful in everyday settings. The largest might be increasing the number of times the nanoparticles can cycle between forming and disintegrating, as the prototype was only able to perform a couple dozen transitions before losing efficiency. There is also room for improvement in the solar reflectivity of the cooling mode, which Hsu hopes can achieve sub-ambient cooling in the near future.

As the technology matures, however, there may be many applications for it. The technology might be applied to exterior walls or roofs to help heat and cool buildings while consuming very little energy. Providing the building envelopes such a dynamic capability to use renewable resources for heating and cooling could also open up the opportunity to use less of the construction materials that have been a significant source of carbon emission for decades.

“I can envision this sort of technology forming a sort of envelope or facade for buildings to passively heat and cool them, greatly reducing the amount of energy our HVAC systems have to consume,” Hsu said. “I’m confident in this work and think its future direction is very promising.”

The electrochromic technology – material that changes color or opacity when electricity is applied – is detailed in a paper published Oct. 14 in the journal American Chemical Society Energy Letters.