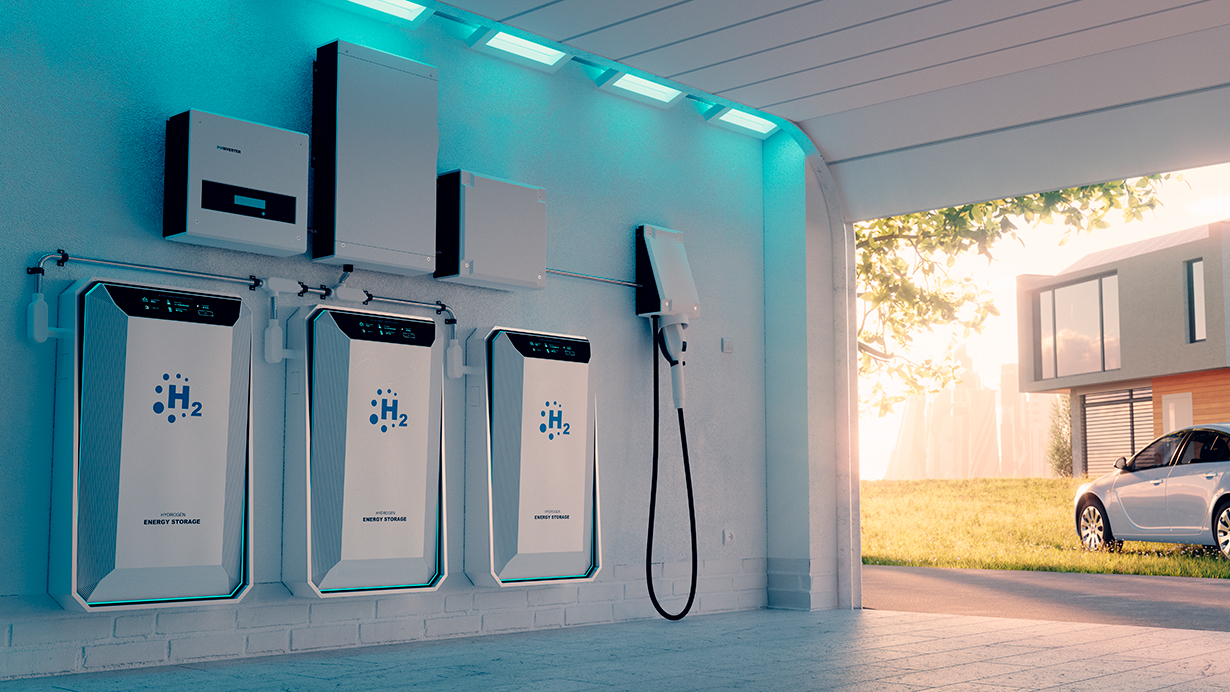 Hydrogen high street: could these homes change the way we keep warm?

In the remote hills of Cumbria, a few miles north of Hadrian’s wall, three nondescript terrace houses stand side by side, quietly offering a glimpse of a low-carbon future.

The houses are intentionally unremarkable in every way but one: they are the first in the UK to run on a blend of clean-burning hydrogen as part of the most sophisticated hydrogen testing facility in the world. Welcome to Hystreet.

Engineers at the five-hectare site are testing whether hydrogen can safely replace the fossil-fuel gas pumped through transmission pipes and local grid networks into British homes as part of the government’s efforts to meet climate targets.

“Ninety-nine percent of people don’t think about where their gas comes from, or how it gets there,” says Antony Green, National Grid’s hydrogen tsar and head of the FutureGrid project. His task is to create a realistic replica of the UK’s gas system to test whether the same pipelines that have carried gas from the North Sea into homes since the 1970s could transport low-carbon hydrogen in the future.

Heating British homes accounts for 15% of the country’s total emissions, meaning a low-carbon alternative will be crucial to cut emissions to net zero by 2050. But the testing site is also key to understanding how hydrogen can be transported to major factories and industrial clusters to help tackle emissions from polluting factories and power plants.

“The evidence we have built over the last few years shows that we can do this,” Green says, walking along the length of a giant gas pipe. “It’s all very well and good doing the paperwork. But you still need to prove it.”

Green is interrupted briefly by a short alarm followed by a deep boom as a controlled explosion takes place just a mile or two away. The hydrogen testing site is located deep inside the country’s largest Royal Air Force base, where the occasional explosion is to be expected. There won’t be any at the hydrogen testing site, he assures me. Still, its location is a sensible precaution given the challenge ahead.

Using the UK’s existing gas infrastructure to carry hydrogen is no simple task. It is more combustible than the traditional methane-rich gas we have learned to use safely in our homes, and its smaller molecules mean it is three times more likely to leak from pipelines or into homes than fossil gas. On the plus side, hydrogen is also lighter, meaning it is more likely to dissipate than to pool and create a combustion threat.

Although blue hydrogen is widely considered “low-carbon”, it has failed to win favour among climate campaigners. Despite using carbon-capture technology to trap emissions from the process, about 10% to 15% of the CO2 in the fossil gas would find its way to the atmosphere. It would also require continuing offshore gas production, which carries a hefty carbon footprint.

Many would prefer a focus on green hydrogen, although questions remain over how soon it could play a meaningful role in cutting emissions and whether there would be enough renewable energy to fuel a hydrogen boom as well as the electrification of homes and transport.

At the “beach to boiler” testing facility in Cumbria, Green makes use of disused bits of gas pipeline and valves to create a closed-loop system. The pipes range from the giant gas-import type found at the coast and across the country, to the smaller pipeline grids that crisscross local neighbourhoods, running for a total of about a kilometre before arriving at Hystreet’s carefully constructed test homes.

The engineers test a blend of gas with 2% hydrogen before building up to 20% hydrogen, and then running pure hydrogen through the pipes to assess their safety. “We regularly have calls from all over the world to ask about what we’re doing here, and how we’re doing it,” Green adds.

On Hystreet, each two-storey home uses a slightly different layout and construction type to represent typical residences found across the UK. They are allowed to slowly fill with hydrogen while indoor sensors monitor gas levels. When the safety limit is reached, automated hinges on doors and windows fly open to allow the gas to escape. “No explosions from us, though,” Green jokes.

When it burns, it is hard to see in daylight, so the hob has an adjustment that produces a visible flame, similar to gas but a little redder in colour

Like natural gas, hydrogen is odourless, so would have the same distinctive smell added to help people quickly notice a leak. When it burns, it is hard to see in daylight, so the hob has an adjustment that produces a visible flame, similar to that of a traditional gas hob but redder in colour.

“I think people expect something more, or something different,” says Green, as we peer into the cupboard at the boiler. “But this is the point, really. Running your home on hydrogen shouldn’t feel any different to natural gas.”

Still, there are many who would rather homes didn’t run on hydrogen at all. For the sceptics, the challenge of overhauling the UK’s 4,000 miles of underground gas pipelines is too costly a step when heating and cooking could run on a low-carbon electricity system instead.

The opposing factions in the debate run along predictable industry lines. National Grid and other companies that operate legacy gas infrastructure or gas production projects tend to favour home hydrogen, to prolong the life of existing assets. Energy companies that invest in low-carbon electricity generation tend to back electric heat pumps as the future for low-carbon homes.

Last week, the government gave the green light to grants worth £5,000 to help homes upgrade to heat pumps, and said hydrogen trials would need to continue before a decision on home hydrogen would be made in 2026.

Keith Anderson, the chief executive of Scottish Power, a major renewable energy investor and a home energy supplier, said: “It’s never going to happen. It’s a non-starter. The cost of re-engineering all the infrastructure, re-engineering all the boilers, and the inefficiency of turning hydrogen from a renewable source into a heating product for a domestic home is just not going to work.”

His company is still enthusiastic about green hydrogen – but has its sights set far from homes. “We’re going to continue to focus on hydrogen for transport, which is too difficult to electrify, and for industrial processes because we think that’s where the biggest difference can be made,” Anderson said.

However the future for the UK’s hydrogen ambitions pans out, the lessons learned in Cumbria will play a crucial role in making them a reality.

This article was written by Jillian Ambrose Energy correspondent from The Guardian and was legally licensed through the Industry Dive publisher network. Please direct all licensing questions to legal@industrydive.com.