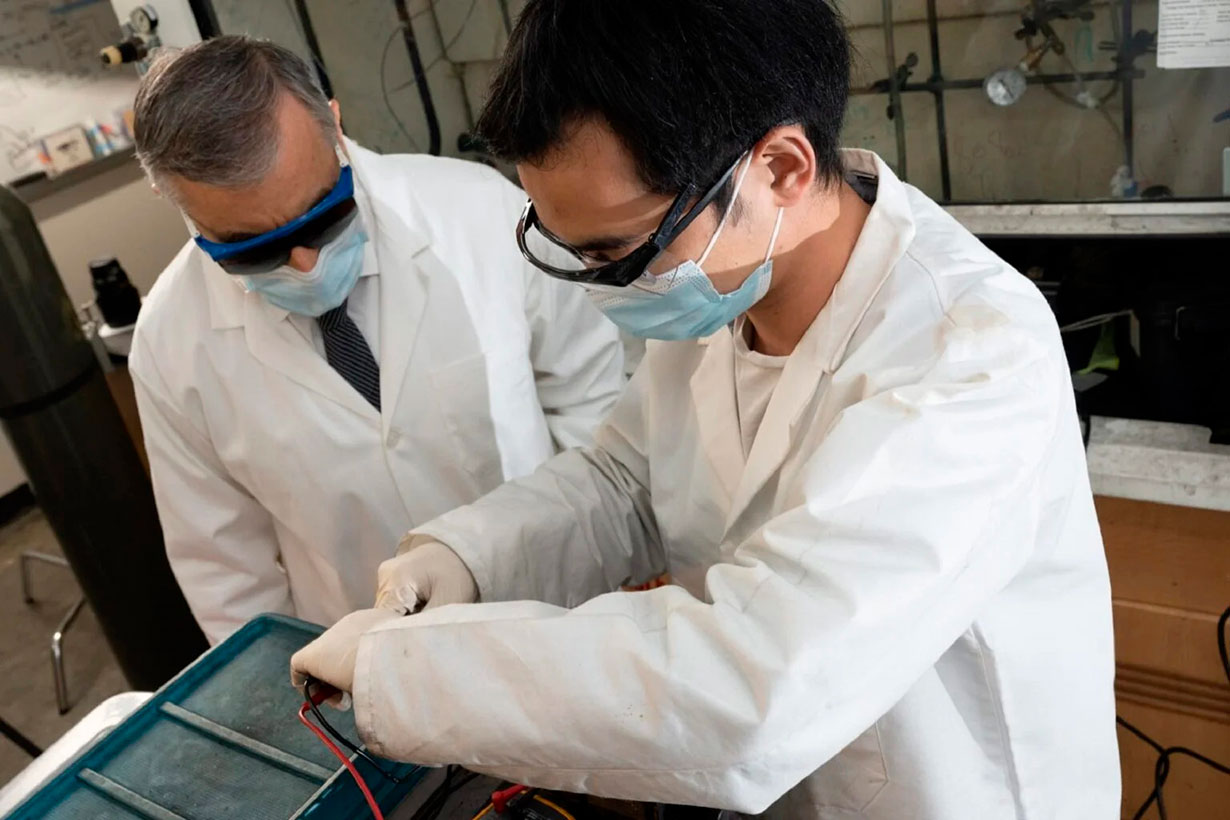 Inside the high-powered process that could recycle rare earth metals

Look in the second row from the bottom of most periodic tables, and you’ll find the lanthanides, split off from an archive of elements that doesn’t know what to do them. The lanthanides are a close-knit bunch that are hard to distinguish from each other because of their similar colors and properties. Even for most scientists, they live in a cold and distant land, thoroughly inorganic and far from the comforts of hydrogen and carbon and oxygen.

But these metals are critical to making the modern world tick. They’re members of a group known as rare earth elements, or rare earths, that support everything from magnets that power clean energy technology to telescope lenses to the screen on device you’re reading this upon. And mining them is difficult and ecologically costly.

So, chemists and engineers are trying to make the best use of rare earths that have already been processed by recycling them out of industrial waste and old electronics. In new research published on February 9 in Science Advances, they show how they’re trying to do that with bright flashes of electricity. 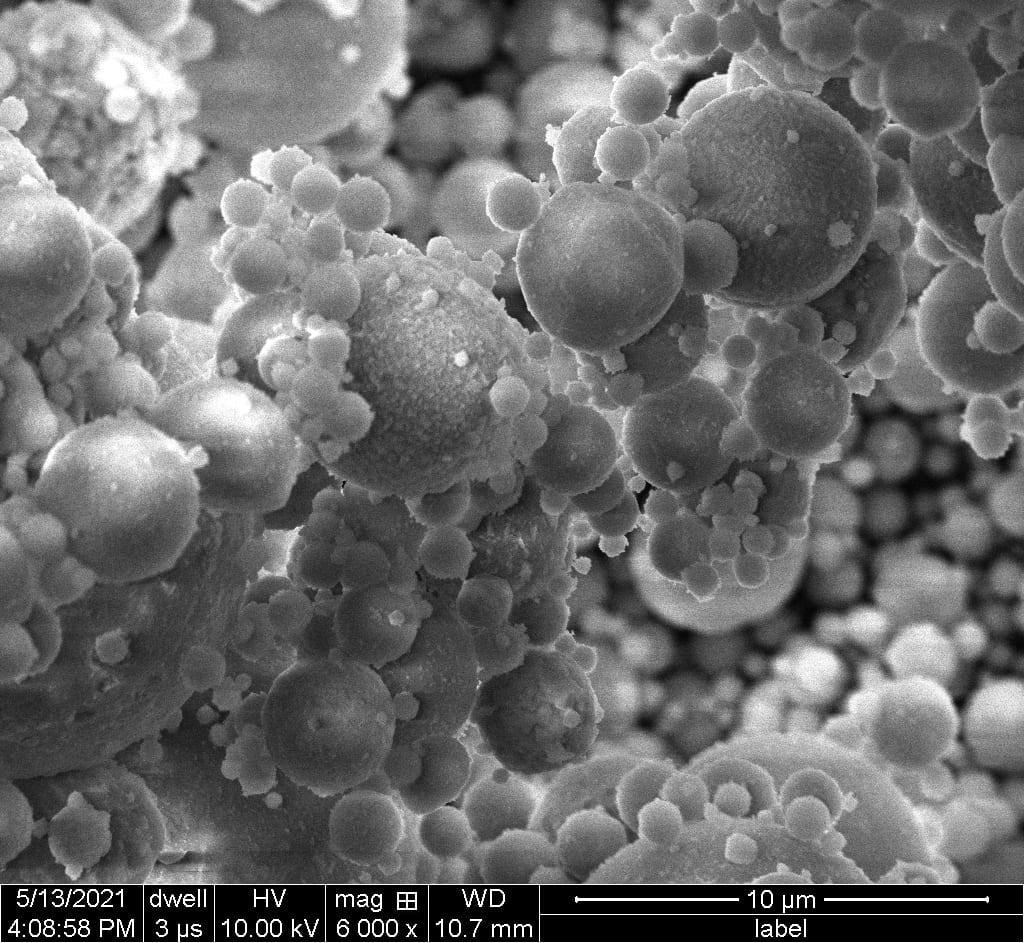 Most rare earths aren’t actually that rare (certainly not compared to truly rare elements like iridium), but they’re not easy to get. After their ore is mined from the ground, they have to be separated to make specialized products—a tedious process, given their similar properties. Most rare earth mining homes in on lanthanum and cerium, but heavier metals like neodymium and dysprosium are especially desirable for the magnets used in clean energy tech.

The supermajority (some estimates say more than 90 percent) of the world’s supply today comes from China, which makes the resource more vulnerable to geopolitical tensions. In 2010, after a Chinese fishing boat collided with a Japanese Coast Guard boat in disputed waters, China stopped rare earth exports to Japan. The blockade didn’t last, but Japan has spent the years since then aggressively seeking alternative sources of rare earths. So have other countries.

More importantly, rare earths’ extraction comes at an environmental cost. “It’s energy- and chemically intensive,” says Simon Jowitt, a geochemist at the University of Nevada, Las Vegas who was not involved with the latest research. “Depending on how you process them, it involves high-strength acids.” Those acids can leach into the environment.

One way of reducing the burden is by recycling goods that already contain these elements—but that’s still not common. Callie Babbitt, a professor of sustainability at Rochester Institute of Technology in upstate New York who was also not involved with the new study, says that only about 1 to 5 percent of the world’s rare earths get recycled.

Which is why researchers are innovating to find new ways of breaking rare earths down. Some have tried bacteria, but feeding those microbes has proven energy-intensive.

Now, one group from Rice University has devised a recycling method that relies on intense electricity called “flash joule heating.” The researchers behind it had previously tested it on old, chopped-up circuit boards to strip them of precious metals like palladium and gold and heavy metals like chromium and mercury before safely disposing them in agricultural soil.

This time, they applied flash joule heating to other industrial byproducts: coal fly ash, which is a pollutant from fossil fuel power plants, red mud, which is a toxic substance left over from turning bauxite into aluminum, and, indeed, more electronic waste.

Their process looked something like this. They put the substance they were breaking down into a finger-sized quartz tube, where electricity “flashed” it to around 5400 degrees Fahrenheit. The separated components were then dissolved in a solution for chemists to retrieve later.

The process does release some toxic compounds, but the system aims to capture them and prevent them from getting into the air. “When you do this industrially, you wouldn’t just release these compounds to the air,” says James Tour, a chemist at Rice University and one of the authors of the study. “You would trap them.”

“Our waste stream is very different,” Tour explains. Unlike the strong nitric acid that’s often used to extract rare earths from the ground, their solution is a much weaker, more diluted hydrochloric acid. “If that got on your hand, I don’t think you’d even feel it,” Tour says.

However, even with a step forward in this research, it will be some time before piles of industrial waste can be recycled for rare earths. “There’s a lot of activity going on in this area, but I haven’t seen anything in the way of breakthroughs,” says Jowitt.

One issue with flash joule heating, according to Jowitt, is that the rare earths still need to be separated before they can be molded into gadgets. What’s more, using pollutants like coal fly ash means there will be other harmful leftovers from the process. “Extracting and recovering the [rare earths] they contain are only part of a larger challenge of managing these wastes,” says Babbitt.

When it comes to e-waste, it won’t be easy to mine mountains of disused computers and phones for valuable components. The amount of rare earths in an average smartphone, for instance, add up to fractions of a gram. And many consumers wouldn’t know where and how to recycle them.

With that, Jowitt thinks the solution could lie in the products raising the demand for rare earths. “One obvious thing is changing the way to design things to make them more recyclable.”

This article was written by Rahul Rao from Popular Science and was legally licensed through the Industry Dive Content Marketplace. Please direct all licensing questions to legal@industrydive.com.