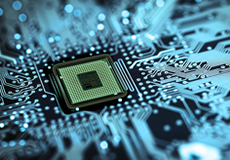 One Stop Service providing a centralized location for information sharing, enabling earlier market launch and a rapid improvement to speed of development.

Optimization of a catalyst is impossible and development stops. Furthermore the NDA prevent its progression

With major manufacturers experiencing slumping business, the future of the semiconductor industry looks daunting. High quality products must be supplied quickly in order to beat overseas manufacturers. D Inc. was pushing development forward at a fever pitch in a bid to launch next-generation devices onto the market faster so that the company could overcome competition from overseas manufacturers.

The materials had been decided upon and manufacture of samples was progressing smoothly but the company fell into an unexpected pitfall. “Multiple samples turned out to be defective,” said Mr. M of the R&D division. Detailed investigation revealed that this was because of small voids in the electroless plating film. The plating film was not forming well because the catalyst for the electroless plating supporting the substrate was not compatible with the plating solution.

This needed to be improved at once because plating is highly base-dependent and catalyst optimization is crucial for electroless plating so Mr. M discussed this with the manufacturer supplying their materials and had them change the catalyst a number of times but this did not yield good results.
Therefore, in order to source a catalyst from another vendor, Mr. M. checked with the manufacturer whether they could release necessary information. The manufacturer, however, refused to supply this information, stating that, “detailed information cannot be released due to NDA issues.”
Mr. M said, “The information was related to expertise and contracts so I could understand the manufacturer’s point of view. But still….” As they were unable to follow-up the cause of the problem, development came to a complete stop. With the development deadline drawing nearer, Mr. M began to feel pressed and frustrated.

One day, Mr. M discussed this matter with a representative from Tanaka Precious Metals Group, who had come to make wholesale sales of some materials. He was told, “Did you know that you can take orders for materials you have been ordering separately all at once? I will pay you a visit to give a full explanation.”

A few days later, Mr. M received a proposal from Tanaka Precious Metals Group for “one-stop” ordering of materials. “In general, major product materials vary according to raw material manufacturers so many companies order each material from a different source, just like your company. In this case, when a problem relating to materials arises, there is often no engineer who can respond to the problem and time is wasted just trying to contact the right material provider.” At Tanaka Precious Metals Group, the representative, who is the point of contact, speaks to the respective engineer for each material, saving one this trouble of contacting various parties.

Blanket orders of major materials such as precursors, targets, plating, glue and wire made possible

The representative also advised Mr. M. that, “as Tanaka Precious Metals Group is the only maker simultaneously handling CVD/ALD precursors, sputtering targets, plating, die bonding adhesive and bonding wire-which are all essential to semiconductor production-we can offer and supply anything that you would like.” Because there are group companies that respectively specialize in handling these materials domestically and overseas, this allows for central management of characteristic information. Therefore, even if some unconformity arises due to a certain material, the material’s characteristics and compatibility can quickly be confirmed, clarifying its connection to the preceding and following processes and then allowing relevant staff members to coordinate with each other to solve the problem.

“Our development speed increased because technical issues could quickly be confirmed with a professional,” said Mr. M. The R&D Division was able to meet scheduled delivery dates and launch the product onto the market early. “Up until now, we had been hard-pressed just to meet delivery dates. From now on, we hope to use new products as a way to aggressively enter new markets,” said Mr. M of his plans for the future.