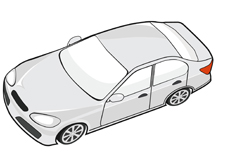 We explain the surprising role that precious metals play in cars.

Automobiles use many components made from metals including steel, aluminum, and copper, but did you know that many parts also contain precious metals? Below, we explain the surprising role that precious metals play in cars.

Automobiles are industrial products that are a source of pride for Japan. As they have become more common, cars have enhanced the quality of our lives. However they have also given rise to various problems including the depletion of energy resources, global warming, environmental pollution, and safety issues. There are many prominent efforts to address preservation of the global environment including improving fuel efficiency and making emissions cleaner. Since the United States established automobile emissions standards in the 1960s, the automobile industry has complied with increasingly stringent regulations using advanced technology. In addition, technological innovation for automobiles are in continuous demand as the The Euro 6 regulations came into effect in EU countries in September 2014 with even stricter controls on emissions of particulate matter (PM) and nitrogen oxides (NOx). These developments are occurring not only in developed countries, but are also expanding to countries that are undergoing motorization such as China, Thailand, Brazil and other regions.

General sales of next-generation automobiles such as electric vehicles and fuel cell vehicles have begun, and the circumstances surrounding automobiles are about to enter a period of major change. In 2010, global auto production was 80 million vehicles, and this number is expected to increase to 200 million by 2050. Annual production of vehicles with reciprocating engines including hybrid vehicles is expected to reach 130 million vehicles by 2040. Related businesses within the expanding automotive market are also expected to grow 40% by 2040 compared to 2010.

The Roles of Precious Metals that are Essential for Automobiles

As automobile markets around the world continue to expand, increasingly stringent requirements will be imposed on cars including the use of fewer resources, emissions reduction, and improved safety and comfort.

As power units have become increasingly diversified in recent years, greater demands are being made including direct-injection engines, downsized supercharged engines, clean diesel engines, and hybrid systems. In addition, demands for better fuel efficiency, output performance, durability and reliability that maintain performance under the harshest environments, and enhanced environmental performance that reduces environmental pollutants in emissions to the point of rendering vehicles harmless. Precious metals are used in various automobile parts to meet these broad-ranging demands.

The automobile parts that use the most precious metals are the engine units, the heart of the automobile. Precious metals are found in the fuel pump unit that supplies fuel to the engine, sensors that measure the amount of fuel, fuel injection equipment and spark plugs that ignite the fuel-air mixture in the engine combustion chamber. They are also used in the emissions sensors and oxygen sensors that prevent environmental pollutants in emissions including hydrocarbons (HC), carbon monoxide (CO), nitrogen oxides (NOx), and particulate matter (PM) from being released. The engine control unit (ECU) that controls the engine to maintain optimal conditions and the numerous sensors that detect and measure various information that the ECU requires to function also use precious metals. 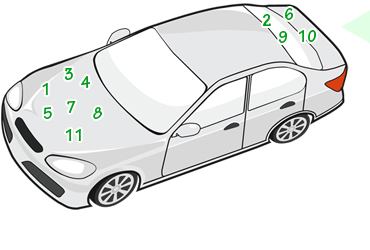 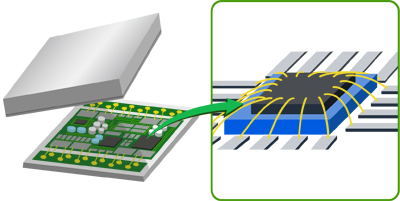 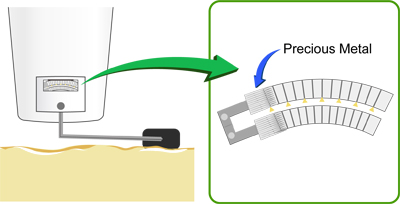 The fuel sender, which is made up of sliding contacts (brushes) on a floating support in the fuel tank and a plate that faces the brushes, measures the amount of fuel in the tank by electrically detecting the degree of movement of the contact point. Fuel senders must support the use of biofuels and have a high durability when used with low purity gasoline therefore precious metals are used in the brushes and facing plate. 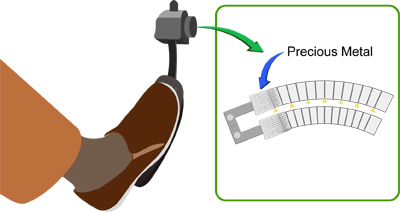 The accelerator position sensor detects the position of the accelerator pedal by converting the amount of change in position to an electrical signal. It is used for electronic control of the engine such as adjusting valve opening, vehicle and traction control, and skid prevention devices. 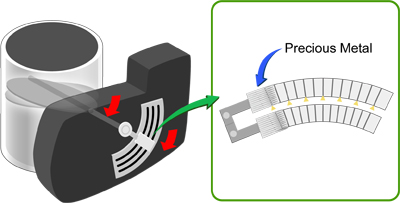 The throttle sensor is an engine and transmission control system part that is used to electronically control the fuel injection devices. The sensor detects the rotation angle of the throttle valve and outputs the data to a computer. The signal controls the engine including acceleration fuel volume increase (i.e., temporarily increasing the amount of fuel injected during acceleration) and controls the transmission. 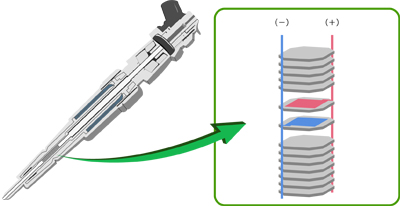 In order to make emissions cleaner, precious metals are used for molding the piezo electrodes in fuel injection devices which requires precise control. 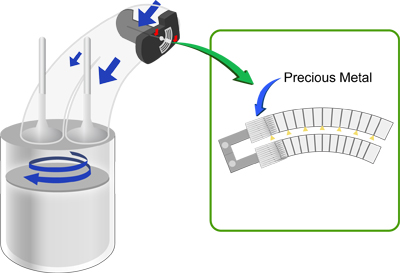 The swirl sensor detects the angle of rotation of the valves that generates eddies (swirls) inside the cylinders which results in an increase of combustion speed, raises the lean burn limit, and improve fuel efficiency. 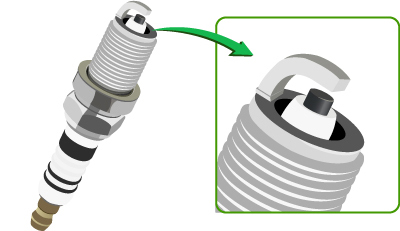 Spark plugs create a spark in order to combust the compressed gasoline and air mixture in the cylinders. Spark plugs must have the durability to withstand a harsh environment where ignition and combustion is repeated thousands of times every minute. By using precious metals in spark plugs it will discharge electrode materials that will allow the spark plugs to be durable and to withstand 100,000 kilometers of operation with results of greatly extending the period between spark plug replacements.

Oxygen sensors are installed before and after the catalytic converter to detect the concentration of oxygen in emissions. The sensor has electromotive force characteristics at which by a voltage is generated if the air-to-fuel ratio is more concentrated than the optimal ratio as opposed to no voltage is generated if the ratio is less concentrated than the optimal ratio.

Exhaust gas temperature sensors are attached to diesel particulate filters (DPF), catalytic converters of exhaust purifiers, and other equipment to detect the catalyst temperature. The sensor measures the temperature to determine if the catalyst is at the proper operating temperature.

Relays, which detect the on/off status of various switches or the position of multi-staged switches used for various convenient devices such as power windows and air-conditioning uses precious metals to allow electricity to flow. The number of such relays are increasing as they have the high reliability to withstand extreme temperature differences in the vehicle interior ranging from -30°C to 90°C. In addition, electrical contacts that use precious metals have superior conductivity, durability, and reliability and are compatible with a wide range of loads starting from minute currents. 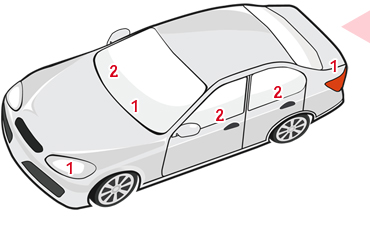 A wide range of automobile parts use precious metals. 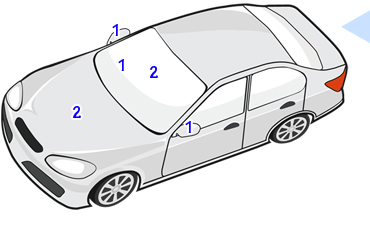 1. Reflective film on interior and side mirrors 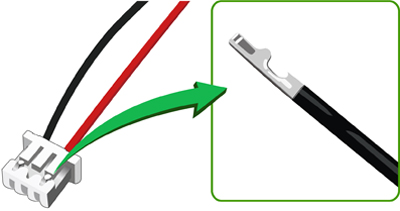 Precious metals are used in various automobile parts as discussed above, the end-of-life vehicles become a valuable resource through recycling. There are 3 to 7 g of platinum in one ton of natural ore, about the amount in a single ring and enough for about four entire automobiles including the catalyst used in emissions purification systems. (Recovery and refining, recycling of spent automobile catalysts)

The Mission Carried out by Tanaka in the Automobile Sector

Tanaka is committed to providing total solutions throughout the entire resource cycle from procurement of bullion to processing and supply of materials to recycling. We are also conducting ongoing research so we can offer exceptional cost performance by reducing the amount of precious metals used through pinpoint application of precious metals where needed. We hope to contribute to the future of automobiles through the use of new products and advanced technological capabilities that maximize the characteristics of precious materials